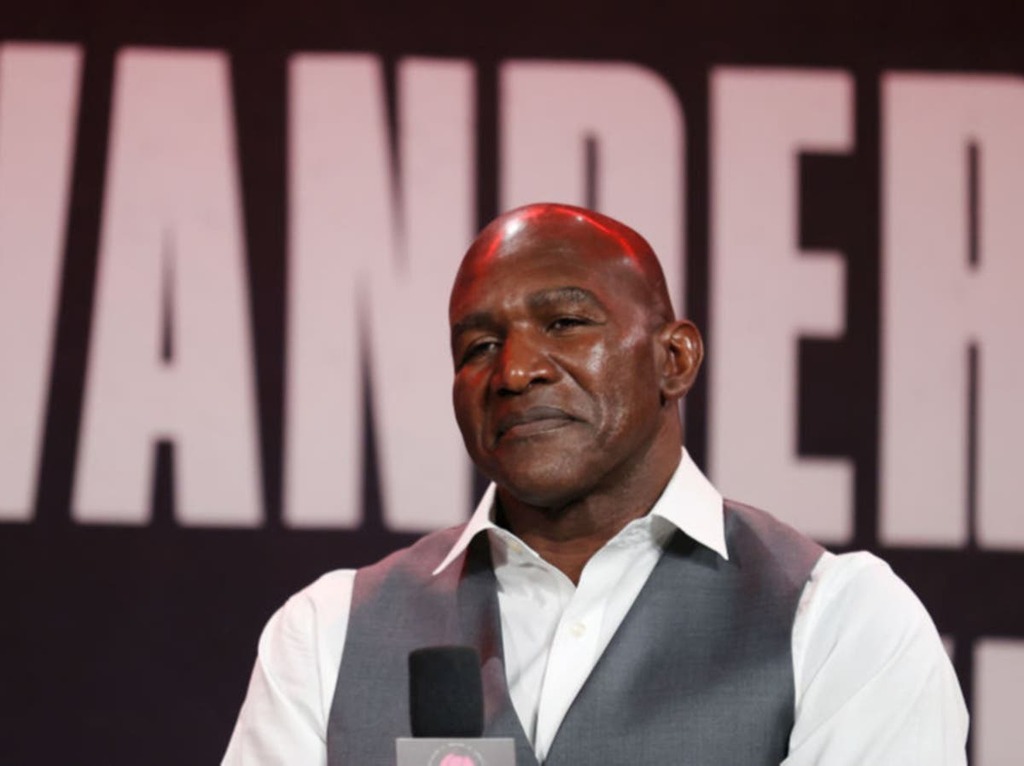 Evander Holyfield will make a shock return to the ring this weekend when he faces former UFC champion Vitor Belfort in Florida.

Holyfield, 58, has stepped in for the bout at late notice after Belfort’s initial opponent, Oscar De La Hoya, was ruled out due to contracting coronavirus.

Holyfield, who retired from boxing with a record of 44-10-2, will fight for the first time since 2011 and the event’s promoter, Triller, are hoping to renew the veteran’s infamous rivalry with Mike Tyson if the ‘Real Deal’ wins in the early hours of Sunday morning.

Belfort fought once as a professional boxer in 2006 but is best known for his long and successful stint in the UFC, competing in the heavyweight, light heavyweight and middleweight divisions and amassing a record of 26-14.

Former US president Donald Trump will be part of the commentary team for the event, while David Haye faces Joe Fournier on the undercard. Here is everything you need to know:

When is the fight and what time will it start?

The bout will take place at around 3am BST on Sunday 12 September at the Seminole Hard Rock Hotel & Casino in Florida.

The card will be broadcast on FiteTV in the UK, with the streaming service providing coverage for £9.99.

Who is on the card?