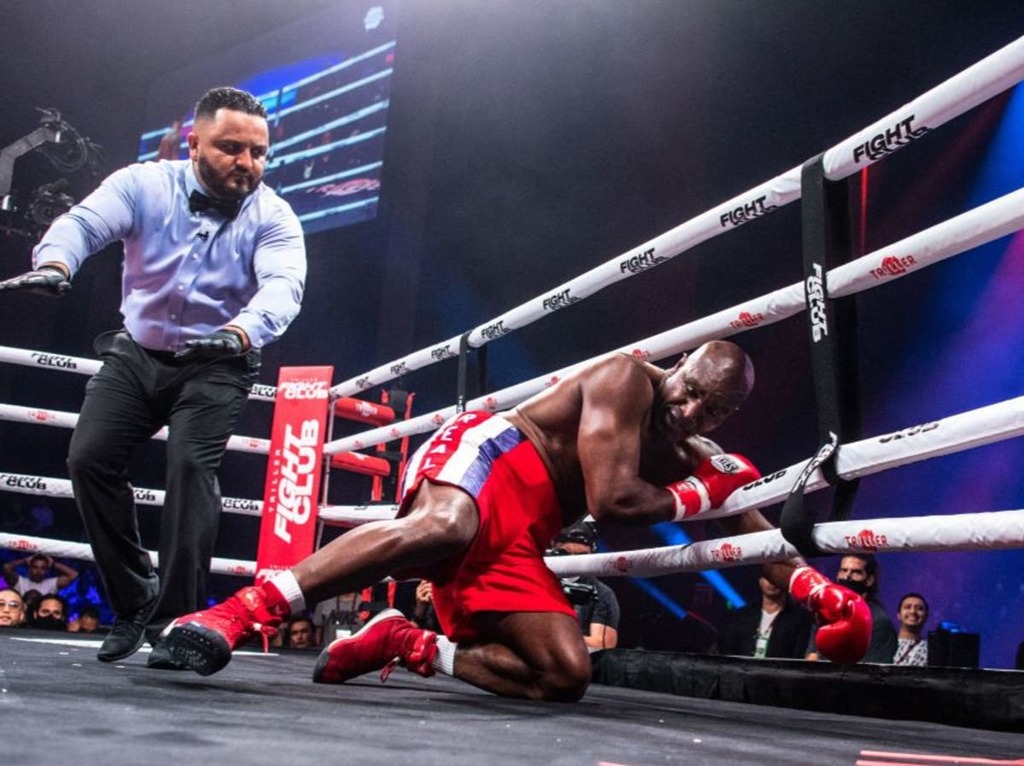 Evander Holyfield was stopped in the first round of a sad and farcical exhibition bout in the early hours of Sunday morning that should cast shame on the sport of boxing and those who allowed such a hollow pursuit to pass.

The 58-year-old, one of boxing’s all-time greats, had not fought in over a decade - a point at which many already considered his health to be at risk - but was lured back to the ring at late notice to fight Vitor Belfort, a former UFC champion 14 years his junior, at the Seminole Hard Rock Hotel & Casino.

The callous, opportunistic spectacle, which took place in Florida after being refused in California, amounted to the depressing affair many had feared and anticipated.

A ghost of his former self, with the tolls of age and a legendary career clearly visible, Holyfield slipped through the ropes as he attempted to throw a left hook in the opening seconds and, although he got back to his feet, he provided little more than a punching bag as Belfort threw genuine punches without hesitation.

Only moments later, Holyfield was dropped by a lethargic combination and, after beating the count, soaked up a storm of punches before the referee, Samuel Burgo, mercifully called a halt to the circus.

It drew an end to a bizarre and dispiriting night, in which Donald Trump and his son, Donald Jr, provided ringside commentary in front of a crowd who frequently burst into chants for the former president.

The card itself was led by several crossover and comeback fights that offered sparse excitement or intrigue. David Haye, returning from three years in retirement, defeated his friend, Joe Fournier, in a laborious unanimous decision.

Shortly afterwards, Anderson Silva knocked out fellow MMA icon Tito Ortiz in the first round of another absurd bout.

There was at least a legitimate professional contest won by Ireland’s Jono Carroll, who defeated Andy Vences by majority decision, but that is not what shall be remembered on a night boxing fans would sooner forget.