Eurovision winners sing at Polish border on way back to Ukraine

Ukraine’s Kalush Orchestra gave an impromptu rendition of their Eurovision-winning song, Stefania, at the Polish border as they made their way home on Monday.

The band, whose music blends traditional folk and hip-hop, were presented with blue and yellow flowers as they were greeted at the border by servicemen and women, before breaking into song.

Stefania had been among the favourites to win the Eurovision song contest in the northern Italian city of Turin, but decisive victory came from the public, with 439 points from the public vote putting the band in first place among the 25 finalists.

The song, which includes the lyrics: “I’ll always find my way home, even if all roads are destroyed”, was written by frontman Oleh Psiuk as a tribute to his mother, before finding new resonance among Ukrainians as it became an anthem in their war-torn country.

In an interview on Italian TV on Sunday night, Psiuk, who turned 28 on Monday, became emotional when talking about his mother: “She stayed up until 3am to cheer us on,” he said. “In our city, Kalush, the sirens go off four times a day, nothing like in other places.”

Kalush Orchestra, a six-person band, was given special permission to travel to the 66th Eurovision song contest – they travelled by land to Poland, before flying from there to Turin – although one band member stayed in Ukraine to fight.

Psiuk said when they got home they would take off their stage outfits and wear the uniform of the Ukrainian resistance. “Like every Ukrainian, we are ready to fight for however long is necessary,” he added.

He made a plea for next year’s Eurovision song contest to be hosted in the besieged city of Mariupol. 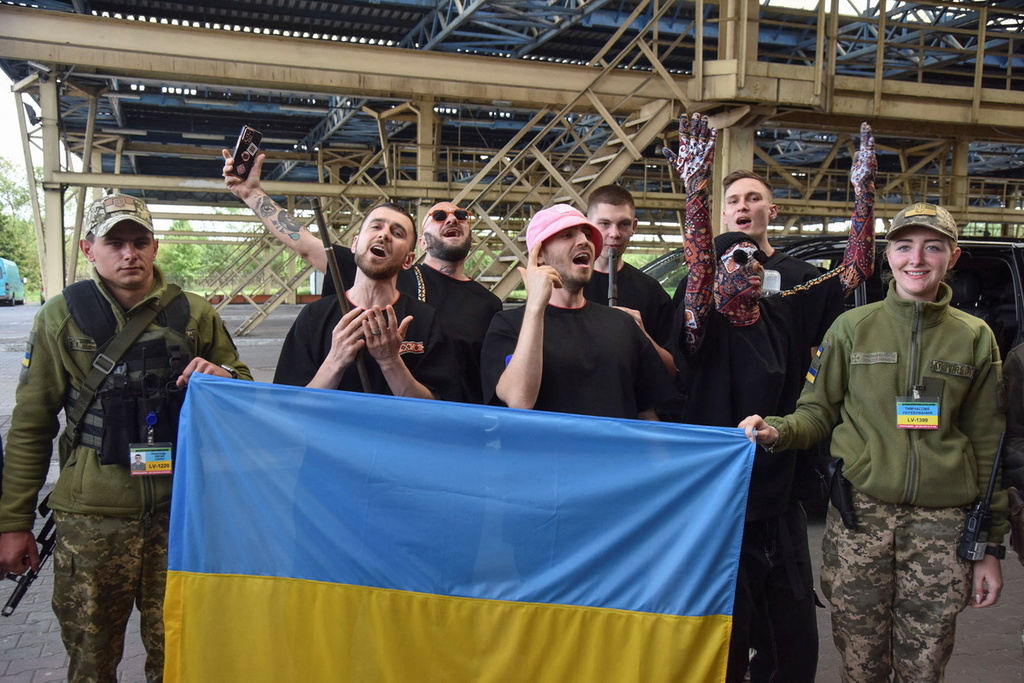