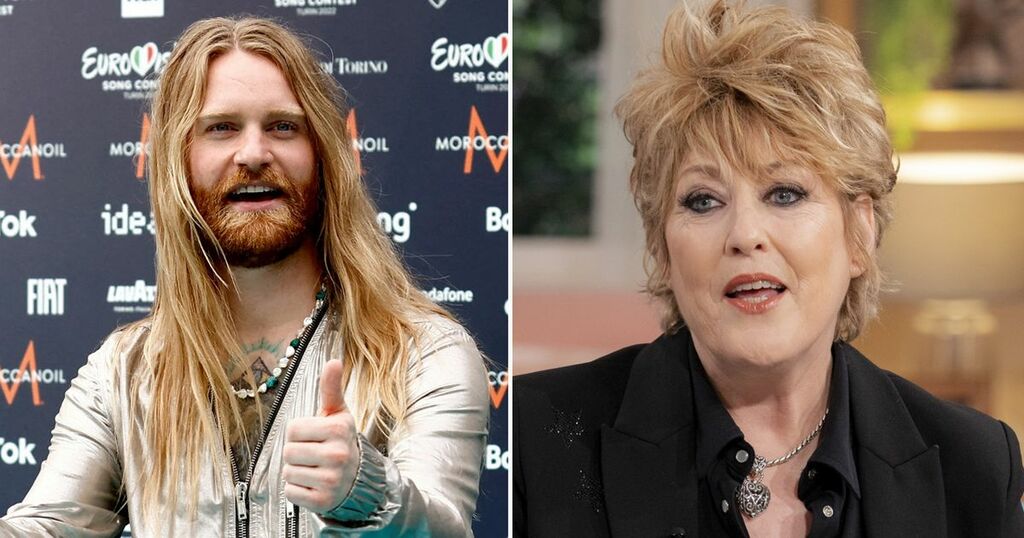 Wales Online
How well do you know Eurovision? Take our all-singing, all-dancing quiz

The Guardian - UK
Eurovision 2022: Where are the UK's past hopefuls now 25 years on from last win?

The Murder On The Dancefloor singer said Eurovision has been a part of her family life since she was 'tiny'.…

Euphoric and joyful is how Katrina Leskanich describes her memories of winning the Eurovision Song Contest with Love Shine a Light 25 years ago.

“Performing was the most terrifying, trouser-cacking two minutes and 58 seconds of my life, followed by an incredible high,” she says of the night that brought the UK’s last triumph in the competition.

“Back in 1997 everybody was very friendly and supportive in the green room. All the other acts gathered around us with a glass of champagne waiting for our win to be announced. There was this feeling of camaraderie and the room erupted when we won.

“It was a good time for the UK. Tony Blair had recently become Prime Minister, Princess Diana was adding such a shimmer to the UK, we had Brit Pop like Oasis and believed Things Could Only Get Better.”

Ahead of this weekend’s Eurovision final, Katrina’s loyalties are tested. “The UK is my home,” she says. “I represented it and have everything but the highest hopes and the most positive aspirations in this event.

“As I’m half Ukrainian, I’m also rooting for Ukraine. My grandfather came over from Ukraine to Pennsylvania in 1927 with his clarinet where he was planning on putting a band together. He ended up in mines and he was killed in a coal mine. He left his nine-year-old son, who was my father, to go and sell his clarinet.

“The family was extremely poor. Thinking of the things my family went through, and seeing the things people in Ukraine are going through now, makes me very emotional.”

When the news gets too much, Katrina, 62, can relive cherished memories of that special night when her voice and uplifting anthem took the UK to the top of the scoreboard.

“There were 24 contestants and we were number 23. By the time we played, people thought, ‘Well, that can’t be beat’. There was a lot of support from people who had come over from the UK to Dublin and they created a great feeling. I wore the green shirt for good luck. We wanted to light up the room with a feeling of effervescence and positivity - and that’s what we did. Mission accomplished.”

Late broadcaster and legendary voice of Eurovision Sir Terry Wogan partied with Katrina & The Waves late into the night. “He taught me to drink a wonderful drink that combines champagne with Guinness. I even smoked one of Terry’s famous cigars after the win. He was so proud and so, so supportive.”

Entering was an eye-opener for Katrina, who was born in Kansas and came to England in 1976 when her dad, a US Air Force colonel, was based here.

“I hadn’t watched Eurovision before so the organisers delivered 12 video tapes for me to watch over a weekend.

“It was astonishing. I thought, ‘What in the world is going on?’ You’ve got kettle drums and toilet paper as props for dances? It seemed one poodle short of a circus. Then the penny dropped. I thought, ‘We have got the perfect song to win.”

The band had had an international hit with Walking on Sunshine and knew competing at risked wrecking their rock credentials.

“In the end the song – Love Shine a Light – transcended any fears we had about loss of credibility because its so good and it’s still good,” says Katrina.

They broke up soon after Eurovision though and Katrina had a Radio 2 show for over a year. Now touring as Katrina from Katrina & The Waves, the final is one of her busiest nights every ear. “I’ve never missed watching a contest since,” she says.

Asked to pick her favourite British act since her big win, and the one she had to watch through her fingers, Katrina doesn’t hold back.

“The best was Andrew Lloyd Weber’s song for Jade Ewen, which came fifth in 2009. Then Jemini. Come on, when Jemini didn’t sing in tune in 2011 it was a sad moment.”

This year’s entry, Spaceman by Sam Ryder, has given us “a fantastic chance,” she says.

As for those divided loyalties she adds: “I think let’s let the UK win and Ukraine come second.”

Wales Online
How well do you know Eurovision? Take our all-singing, all-dancing quiz

The Guardian - UK
Eurovision 2022: Where are the UK's past hopefuls now 25 years on from last win?

The Murder On The Dancefloor singer said Eurovision has been a part of her family life since she was 'tiny'.…