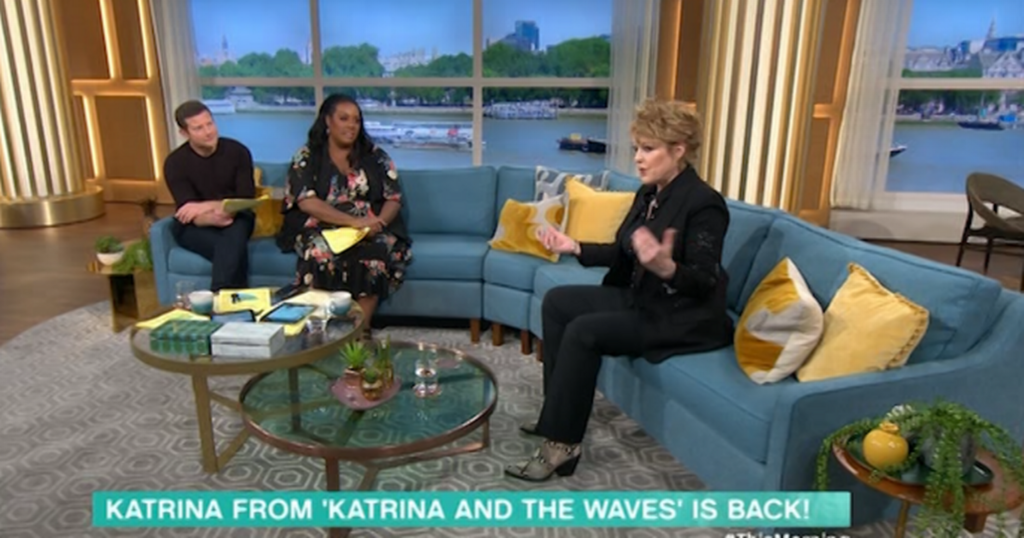 The UK’s Eurovision hopeful, Sam Ryder, has taken to the stage with an upbeat performance of his uplifting pop song…

Pedestrian.tv
Here’s Everything We Know About The Huge 10-Year MAFS Reunion Rumoured To Come Next Year

The singer, 62, won the international contest as part of the band Katrina and the Waves in 1997 with their song Love Shine a Light topping the leaderboard that year.

It remains the last time that the UK was victorious in the annual competition, though there's speculation we could be about to win for the first time in 25 years tomorrow night.

Our latest entrant Sam, 32, is one of the favourites in the contest this year with his track Space Man - though former winner Katrina doesn't have much hope that he will win.

She shared her prediction during an appearance on This Morning earlier, ahead of Sam's performance in the Grand Final of the competition in Turin tomorrow evening.

Asked if he could win, she said: "No, he can't win. He won't win." She suggested that Ukraine 's entry Kalush Orchestra will instead, citing the ongoing political climate around it.

The Walking on Sunshine singer commented: "The Ukraine is going to win. It is political but it can be a heartfelt political thing." She added: "We need to give it to the Ukraine."

And although she isn't holding out much hope that the UK could win at the Pala Olimpico stadium, she acknowledged much support, saying: "People are feeling the love for Sam."

Katrina teased that it's "because he looks like a viking," and appeared to further compliment our entrant on the show for looking "fabulous" and for the song "sounding great."

Discussing her own experience at the contest in 1997, she recalled that her band "didn't feel there was any pressure" because they weren't expected to win the competition.

Sam will compete in the Grand Final of the contest against entrants from 24 other countries including Sweden, the Czech Republic, Serbia, Iceland, Armenia and Australia.

The Eurovision Song Contest 2022 concludes with its Grand Final tomorrow night (May 14). It will be broadcast in the UK from 8pm on BBC One, BBC Radio 2 and BBC iPlayer.

The UK’s Eurovision hopeful, Sam Ryder, has taken to the stage with an upbeat performance of his uplifting pop song…