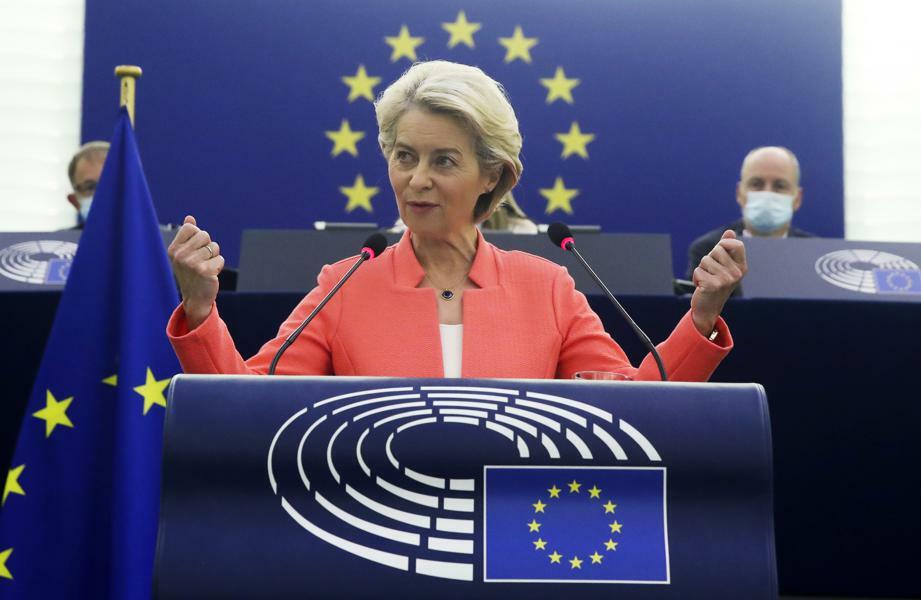 By 2027, the European Commission plans to invest around $59 billion (€50 billion ) in establishing a new health agency to boost the bloc’s resilience in managing cross-border health emergencies, von der Leyen said during her annual State of the Union speech.

von der Leyen said the new agency—the Health Emergency Preparedness and Response Authority (HERA)—is intended to “make sure that no virus will ever turn a local epidemic again into a global pandemic,” according to the New York Times.

The authority is set to function alongside the EU’s existing health agencies and will be tasked with ensuring the bloc is prepared to develop, make and distribute key disease-fighting tools like vaccines, medicines and equipment.

The EU will also be donating 200 million more Covid-19 vaccine doses to low- and middle-income countries by the middle of next year, von der Leyen said, as she lamented the vast inequalities in vaccine access around the world.

The pledge almost doubles the bloc’s earlier commitments to donate 250 million doses, though it has been facing increasing scrutiny over its failure to actually deliver on its promise and the widespread use of boosters in wealthy countries has left many poorer nations without any vaccines at all.

Just 20 million of these doses have been shipped so far, according to an EU official speaking to Politico.

Plans for HERA were initially announced in February. Full details on the initiative have not yet been made public—though Politico has reported on drafts and plans—and are slated to arrive on Thursday. Planning around the agency suggests it could become a European equivalent to the U.S. Biomedical Advanced Research and Development Authority, or BARDA.

More than 70% of adults in the EU are fully vaccinated against Covid-19. Months ago, it did not appear possible that Europe would emerge as a global vaccine leader and, among other issues, its centralized procurement system came under heavy fire as nations like the U.S. and U.K. scooped up available supplies. The bloc’s plans for a new agency signal a desire to learn from these failures and build capacity for future disasters.

von der Leyen criticized the inequalities in vaccine coverage around the world. She also acknowledged the disparity within the EU’s borders. Some countries like Denmark are nearing 90% of adults being fully vaccinated while others, like Bulgaria, are hovering around 20%.

The E.U. will create an agency to guide its response to future pandemics. (NYT)