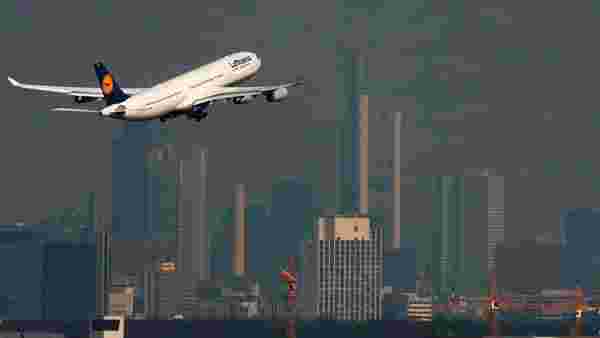 Europeans are flying again for business, as executives hit the road and airlines add flights to key destinations.

The continent, one of the world’s biggest aviation markets, was slower than the U.S. and China to return to the skies. A fast vaccination drive and the rollout of a vaccine passport program lifted vacation travel this summer. Now, business travel is bouncing back too.

Businesses are also flying again in the U.S., though the spread of the Delta variant and delays to office reopenings have put a dent in that recovery.

In September, European corporate trips were 49% of the 2019 level, compared with 42% in the U.S., according to travel-analytics company ForwardKeys. The previous month, business travel in Europe had risen to 50.9% of pre-pandemic levels versus 50.7% in the U.S.—the first time since February that Europe had come out on top and the region’s sixth consecutive monthly increase.

European executives say they have been encouraged by limited infection numbers across the continent in recent months and the introduction of the European Union’s Digital Covid Certificate, which attests that somebody has been vaccinated, recently tested negative or has recovered from Covid-19.

“With the certificate I’m a lot more confident that traveling is safe," said Mario Isola, the head of Formula One for tire maker Pirelli SpA. “Now we also know what works and doesn’t with the virus."

Still, Mr. Isola, who was on the road for 200 days a year before the pandemic, has cut about 10% of his travel days.

The pickup is encouraging for transport companies, after the proliferation of videoconferencing and continuing travel restrictions raised questions about how quickly corporate travel can recover and whether it will ever return to the record set in 2019.

Business travel is more profitable than leisure bookings for most airlines because later reservations often mean higher fares, while passengers are more likely to purchase upgrades like extra legroom. But it also requires greater investment, with business travelers wanting multiple daily connections and to be confident flights won’t be canceled at short notice, like at the start of the pandemic.

“We are seeing that recovery," Robert Sinclair, London City Airport’s chief executive, said in an interview. The airport in September had its strongest week of traffic since the onset of the pandemic, he added. Thirteen of its 15 busiest routes in 2019 are back in operation.

In June, Alberto Dalmasso, CEO and co-founder of Italian mobile-payments startup Satispay SpA, made his first business trip since Covid-19 struck. During the pandemic he has learned to run his 165-person team spread across three countries and woo investors while doing minimal travel. As infections and deaths were surging in Italy late last year, he secured the company’s largest ever funding round without meeting his new investors in person.

“I’m saying no to a lot of trips I would have taken in the past, but there are some that you still have to do," Mr. Dalmasso said.

JPMorgan Chase & Co., which uses its employee-travel data as a bellwether for global corporate travel, said its intra-European flying surged in September to the highest level since the start of the pandemic. The bank expects another jump this month after the easing of travel restrictions in the U.K., where most of its European employees are based.

“Things are moving in the right direction for us after the miserable period that we’ve had," Alain Chisari, Lufthansa’s vice president of sales for Europe, the Middle East and Africa, said. He said he thinks the recovery will be faster than others had anticipated, with corporate customers racing to beat competitors to see potential clients.

Business travelers are also returning to train services like Eurostar, which operates a high-speed route directly connecting cities including London, Paris, Brussels and Amsterdam. CEO Jacques Damas said corporate bookings had risen in recent weeks and that he expects further growth in the coming months as governments ease travel restrictions. Eurostar is running more services to give business travelers more flexibility and is adding capacity as demand grows.

After a slow start, most Western European countries have passed the U.S. in vaccinations. In France and Italy, 75% of the entire population has received at least one vaccine shot, while the figure stands at more than 70% for the U.K. In the U.S., it is about 65%

The European comeback in business travel comes as the recovery in the U.S. is disrupted by the Delta variant. In early summer, 61% of U.S. companies had some employees taking nonessential domestic business trips, according to a Global Business Travel Association survey. Of the remainder, two-thirds planned to resume domestic travel within three months. In August, that percentage had fallen to 28%.

“We really saw some really significant glimmers of hope in July and where we were going to be in August," United’s Chief Commercial Officer Andrew Nocella said last month. “But all that’s been delayed…by probably three to four months, more likely early next year at this point."