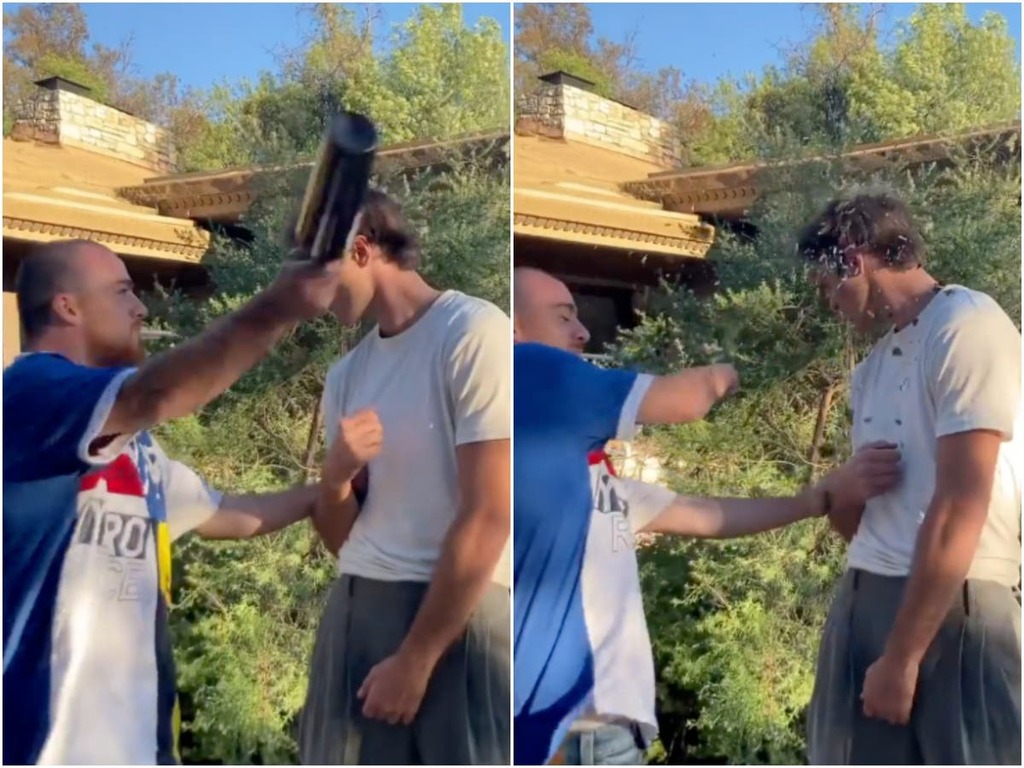 Euphoria star Angus Cloud has given fans a behind-the-scenes look at one of the most dramatic moments from the season two premiere.

The HBO teen drama, which stars Zendaya as drug addict Rue, returned for its second season on Sunday (9 January) night.

*Spoilers for Euphoria season two episode one below*

The episode took place at a New Year’s Eve party, which reached its climax as drug dealer Fezco (Cloud) smashed Nate (Jacob Elordi) around the head with a glass bottle after threatening to kill him in season one.

In a clip shared on his Instagram as the episode aired, Cloud and Elordi were seen rehearsing for the scene, with Cloud hitting Elordi with a bottle made of sugar glass.

Sugar glass is a transparent form of sugar that can be moulded into shapes and is often used in place of bottles or windows on screen.

The scene was widely applauded by Euphoria fans as the episode aired, with many saying that Nate had got what he deserved for his treatment of Jules (Hunter Schafer) in season one.

“Fez beating the absolute s*** out of Nate gave me the serotonin I’ve been searching for,” one fan tweeted.

“Y’all don’t understand, i was on my feet hyping Fez up out loud when he was f***ing Nate up like i’m the one who trained him for combat,” another joked.

Ahead of the episode airing, Zendaya shared a message on social media warning fans about the “triggering and difficult” nature of the series.

“Please only watch it if you feel comfortable,” she wrote.

You can read The Independent’s review of Euphoria season two here.

Euphoria is available to watch on Sky and Now.