EU seeks penalties on Poland in dispute over judicial reform 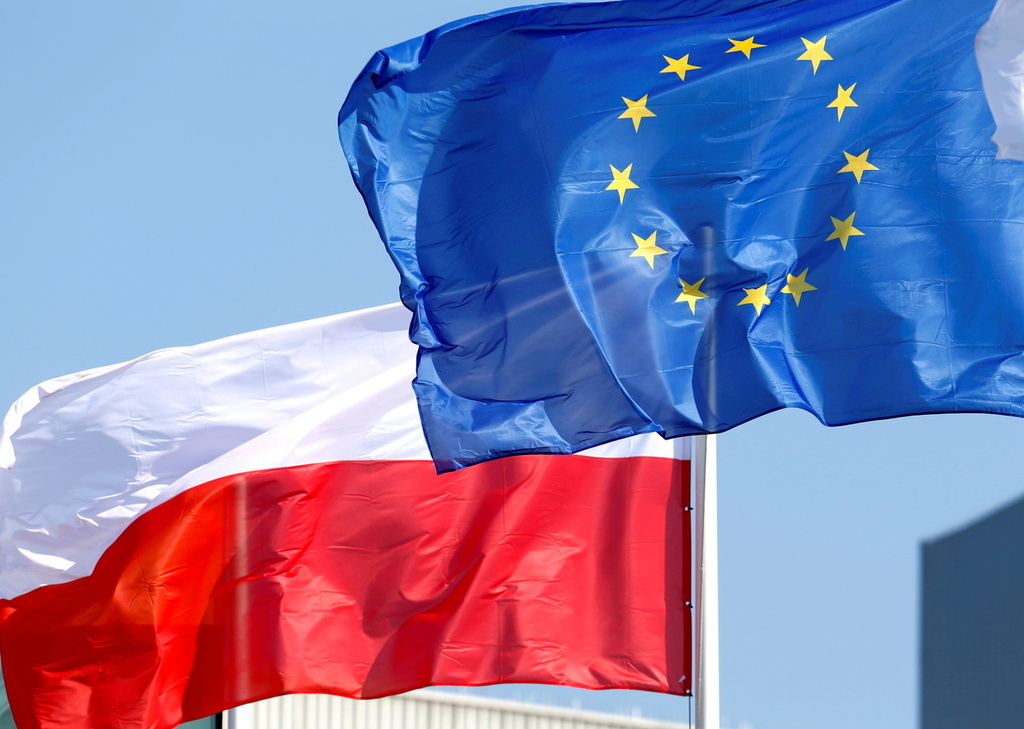 The European Commission said on Tuesday it had asked the EU's top court to fine Poland over the activities of a judges' disciplinary chamber, stepping up a long-running dispute with Warsaw over the rule of law.

The EU says the Polish chamber is being used to pressure judges or exert political control over judicial decisions and its top court, ruling that it undercuts EU law, has ordered that it be dissolved.

The Polish government said three weeks ago that the chamber would be dismantled as part of wider judiciary reforms in coming months, but the executive Commission said it was now taking action.

"The Commission is asking the Court to impose a daily penalty payment on Poland for as long as the measures imposed by the court's order are not fully implemented," the Commission said in a statement.

The European Commission argues that, while the chamber may not be accepting any new cases, it is still working through existing cases.

Polish government spokesman Piotr Muller said it would present its proposals for judicial reform in the autumn.

"This is a very uncommon step ... and it's not an easy step to take for the Commission," a senior European Commission official said.

EU Justice Commissioner Didier Reynders told private broadcaster Polsat News that Brussels wanted to put "real pressure" on Warsaw with fines that were higher than the 100,000 euros a day demanded for logging in the Bialowieza forest, a UNESCO World Heritage site.

The EU is also at loggerheads with Poland over issues ranging from a challenge by its government to the primacy of EU law to LGBT rights and press freedoms.

The Commission recently warned five Polish regional councils they could lose funding over declarations that they were "LGBT-free", and it has said Warsaw's position that EU law does not stand above national law is holding up the release of 57 billion euros in EU recovery funds.

Polish Justice Minister Zbigniew Ziobro accused the EU of double standards, saying the justice systems of other European countries functioned in a similar way to Poland's.

"Today's decision... is another manifestation of the European Commission's aggression towards Poland, an attempt to limit our sovereignty and an attack on the Polish legal order," he told a press conference.

Despite the Polish government's long-running disputes with the EU, surveys show that the vast majority of Poles are in favour of membership of the bloc.