The European Union’s top court has ruled that funding to member states who undermine the rule of law can be cut, dismissing a legal challenge from Hungary and Poland.

Wednesday’s long-awaited landmark judgment by the Luxembourg-based European Court of Justice (ECJ) gives the green light for the enforcement of a tool that blocks funding for EU countries that flout democratic rights and freedoms.

The ruling - which cannot be appealed - will anger Budapest and Warsaw, who have faced criticism within the bloc for stifling the rights of women, LGBT+ people and migrants, as well as diminishing the freedom of judges, the media and civil society.

About 36 billion euros (£30 billion) in pandemic recovery funds earmarked for Poland, and 7 billion euros for Hungary, are already frozen over their track record on democracy, and it will likely take several months until the process of cutting handouts starts.

The ECJ’s decision is also likely to put pressure on European Commission (EC) President Ursula von der Leyen to protect taxpayer money and take a hardline with democratic backsliders within the bloc, something she has been reluctant to do.

"Today’s judgements confirm that we are on the right track," said Ms von der Leyen, announcing that the executive would set out how it would proceed in the coming weeks.

The court also ruled that Hungary and Poland should bear their own costs and pay those incurred by the European Parliament and the Council of the European Union.

Hungary’s Minister for Justice, Judit Varga, condemned the ruling - saying it was a political decision and an example of how “Brussels is abusing its power”.

Poland’s Deputy Justice Minister Sebastian Kaleta said: "We need to defend ourselves against an attack on our sovereignty, Poland has to defend its democracy against blackmail that aims to take away our right to decide about ourselves."

Despite the judgment, many Berlaymont watchers are unconvinced that the EC - which is the EU’s executive branch - will act quickly and trigger the rule of law conditionality mechanism by issuing notification letters to Warsaw and Budapest.

The EC’s hesitation to already implement the regulation has annoyed several MEPs who sued the executive branch over the issue last year. The mechanism was introduced in November 2020 and came into force in 2021. The EC did not have to wait for Wednesday’s ruling to trigger the mechanism, it did so at the request of EU countries.

“It’s very clear under EU law when a party files an annulment action, which Hungary and Poland did in this case, the filing does not suspend the application of a regulation,” argues R. Daniel Kelemen, Professor of Political Science and Law at Rutgers University in the US.

“It’s actually the opposite, the law is valid and enforceable until it’s stuck down but the Commission made a political decision to not apply the regulation until after these cases were settled ... the terrible thing about that was that it gave a free year Orbán and Kaczyński to not worry about this regulation.”

For years Ms von der Leyen has tried to placate rule-of-law violators, a strategy that has yielded few results.

In Poland judicial reforms touted by the ruling Law and Justice party as efficiency measures have continually compromised the courts of the EU’s sixth-biggest economy. A disciplinary chamber for judges has also been introduced, which the ECJ ruled illegal in July.

In Hungary, the EU has become increasingly concerned about the allies of Prime Minister Viktor Orbán enriching themselves on the spoils of funds from the bloc. Both countries have refused to join the new European Public Prosecutor’s Office that seeks to investigate fraud, corruption and money laundering involving the EU budget.

“The governments of Hungary and Poland are not the type that will sit by lamely and wait for decisions to be taken that will undercut legitimacy at home, this will get ugly very quickly as they also have means to put pressure the other way,” John Morijn, Professor of Law and Politics at the University of Groningen, told The Independent.

“What we will see is that this will get connected politically at a very senior political level.”

Speaking at his annual address on Saturday, Mr Orbán said the EU is waging “a holy war” under the guise of rule of law concerns. “For them, the rule of law is a means by which they want to knead us into something that resembles them,” he said.

In Poland, Justice Minister Zbigniew Ziobro has asked the country’s politically influenced Constitutional Tribunal to investigate the legality of regulation with the treaties, a move designed to undermine the authority of the ECJ.

On Wednesday afternoon members of the European Parliament will meet to discuss the judgment, although invited Ms von der Leyen will not attend, a snub that has infuriated some MEPs who feel the executive branch is refusing to be held to account.

Even if the EC triggered the regulation imminently, real world implications would not happen for at least six to nine months. Once the letters are sent, Hungary and Poland have a month to reply. Then the EC will need a qualified majority in the council to implement the regulation. Should that happen it’s highly likely Warsaw and Budapest will appeal.

“You might say this is not going fast enough, but I have the impression that it is at least going in the right direction,” says Daniel Freund, a German Green MEP.

“Yes, I’m slightly frustrated this is continuing to take so long but I continue to be hopeful that we will win. It’s a fight for the very soul of the European Union. Is it just some ATM that we all try to get the maximum amount of cash, or is this a community of values and common rules that we agree on?” 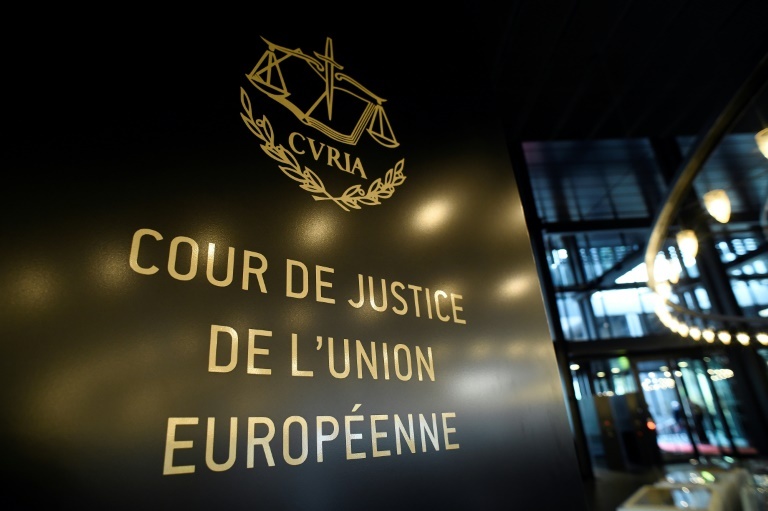 The Independent UK
EU can stop funding for Poland and Hungary