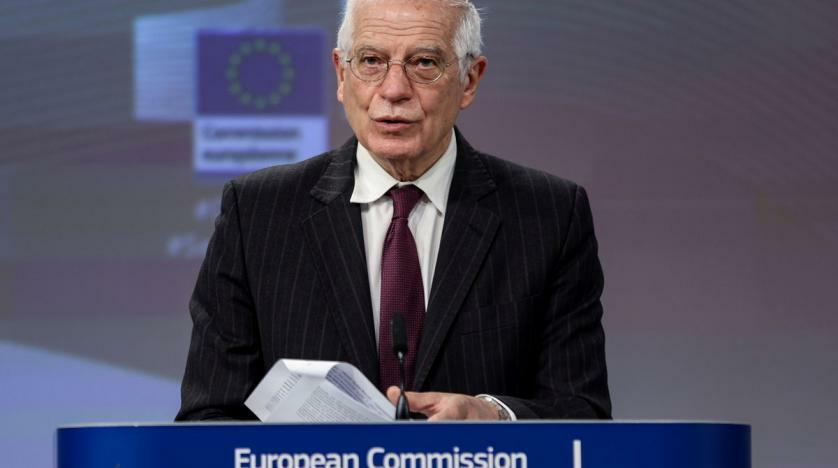 The European Union announced on Monday its support for holding the Iraqi elections on time on Oct. 10, expressing its readiness to provide assistance in ensuring their security and integrity.

In a joint press conference with Foreign Minister Fouad Hussein in Baghdad, Representative of the European Union, Josep Borrell stressed "the strong partnerships with Iraq," explaining that "the issues of security and immigrants were discussed with the Foreign Minister."

He said the EU will deploy international observers and provide assistance in holding the elections and ensuring their security and integrity, adding that Iraq will be an influential country in the region.

“The elections are an important step for Iraq's upcoming march, and we seek to hold fair and correct elections in Iraq,” the EU representative said.

For his part, Hussein confirmed that Iraq has asked the United Nations to support the electoral process. “We have seen strong support from the European Union for holding the elections on time,” he said.

The FM said the visit of the EU representative to Iraq is a first, adding that the issues of security and immigrants were part of the EU-Iraqi talks.

Borrell’s trip to Iraq is the second of a high-ranking European official following the three-day visit of French President Emmanuel Macron to Baghdad last week.

His visit also comes one day after Iraq signed an agreement with the French oil company Total on gas investment and the development of oil fields.

Total will build four giant energy projects, worth $27 billion, according to the agreement signed in Baghdad on Sunday.