Ethiopia Is Approaching Civil War. Will That Also Harm AGOA And U.S. Retail? 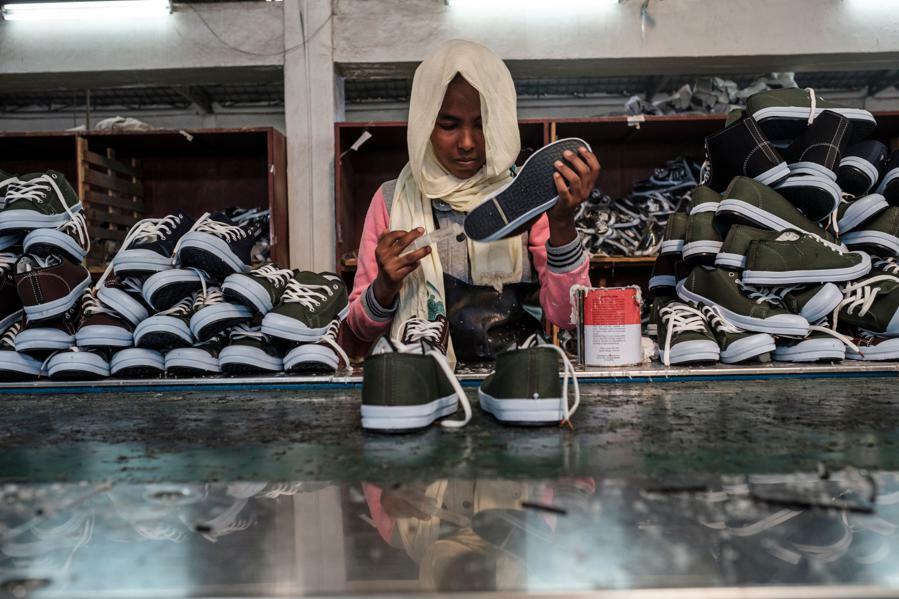 As day turns to night in Ethiopia, International crisis negotiators are feverishly working to avoid an all-out civil war. America’s top diplomat, Secretary of State Antony J. Blinken is in nearby Kenya trying to help resolve the crisis.

America has utilized several pressure tactics in an attempt to bring this outbreak to a resolution, but none have worked so far. The latest is to give Ethiopia a 60-day notice of withdrawal from the African Growth and Opportunity Act (AGOA) and that action is of great concern for American retailers. The proposed “AGOA-EXIT” strategy is meeting resistance - because a significant amount of the Ethiopia’s GDP growth is centered on the success of AGOA, and dislocation from the program could make the situation even worse for Ethiopia and perhaps for all sub-Sahara countries. On top of that, there are many American retail companies involved with manufacturing in Ethiopia and a quick withdrawal means having only a few months to wind down production - and that is simply not enough time.

The abrupt “AGOA-EXIT” plan flies in the face of USA retailers and brands who have invested in Africa and this unique action also frames America as a cut-and-run partner in a geographic area that everybody knew (going in) was fraught with risk. When the conflict finally gets resolved (and it will), losing AGOA means that thousands of Ethiopians will be put out of work, and products destined to the USA retail markets will be transferred back to more stable locations at a great cost to the investors - forcing additional price inflation back home in America.

President Biden is now being cast as the one who is delivering former President Trump’s trade messages to China and to Africa. The Biden team failed to lift Trump’s inflationary retail tariffs on China and, at the same time, inadvertently blocked the China exit doors - as retailers look for other locations to source product with fewer and fewer choices. Now that Ethiopia is suddenly coming off line, it appears that sourcing options are being eliminated faster than they are being added.

For more than a year, terror has reigned in the northern Tigray region of Ethiopia and the Tigray Peoples Liberation Army (TPLF) is now slowly marching towards the capital city of Addis Ababa. One possibility is all-out civil war, and another is an attempt to cut off the capital city and topple the government led by Prime Minister Abiy Ahmed.

While only 6% of the overall population, the Tigray group dominated Ethiopia politics for more than 25 years until Prime Minister Abiy came to power in 2018 using a coalition government. Since then, with the help of American and Chinese investment, Ethiopian GDP has been growing at a rapid rate and the second most populous country in Africa has been relatively stable. However, the Tigray group was marginalized from governing, and fighting broke out in the north. Forces from neighboring Eritrea also teamed up with the government against the Tigray, and the conflict accelerated from there. Humanitarian aid to Tigray has been blocked, there are serious reports of atrocities and famine in the region.

Options for U.S. Government to resolve the crisis have been limited, but the steps taken over the last year have also been ineffectual. The Tigray group says they don’t plan to over-run Addis Abba, but they keep inching closer to the capital. Accusations of human rights violations are also pronounced, and there are reports that thousands have been killed and 2 million people have been displaced. The U.N. Commissioner for Human Rights and the Ethiopian Human Rights Commission released a statement which said: “there are reasonable grounds to believe that all parties to the conflict in Tigray have, to varying degrees, committed violations of international rights, humanitarian and refugee law, some of which may account to war crimes and crimes against humanity.”

On November 1st the United States Trade Representative announced the 60-day “AGOA-EXIT” warning for Ethiopia, but some think it was a poor choice and not helpful for Ethiopia or for Africa. The U.S. State Department then advised that U.S. citizens should quickly leave the country.

While the USA should not extend privileges to any country that performs adversely to any trade agreement, the Ethiopian issue needs to be put in context. Over the years, it has been U.S Government practice to suggest that retailers and sourcing executives work in emerging foreign countries. The idea is that providing entry level jobs and training will create stability for the population, and it is a system that has worked well as the federal government provides a duty-free environment in return. The problem of late is that the U.S. government is not standing behind their “ask” and not helping to protect the investments that companies have make on their behalf. In this case, it would be more reasonable if they offered a time extension to manufacturers (so they can evaluate their options with regard to losing AGOA), or if they offered exemptions to industries like apparel and footwear that provide significant local employment.

This described loss of “protection” for the investments is fracturing a private-public partnership that has existed for years. Using a trade agreement (like AGOA) as a political negotiating tool, doesn’t jibe with the Ethiopian sewing machine operator who is one year into their first-ever job. The workers shouldn’t be blamed for human rights abuses in their country - when it is someone else who is abusing the power.

Multiple Industrial parks were built in Ethiopia, and thousands of Ethiopians have been employed. For the apparel sector, exports are generally consigned to the United States under the AGOA umbrella. As Team Biden starts to peel back these AGOA benefits, it punishes the investors, the employees, and adds significant turmoil to a country already in turmoil. It would be a one-off if this was only happening in Ethiopia, but lonely eyes also turn to Guinea, to Mali, to Myanmar, to Cambodia, and to Nicaragua - where similar threats against U.S. trade benefits exist.

All of this turmoil brings trade wonks to ask if the U.S. Government is working for or against investors by pulling trade benefits when the going gets tough. It appears that Uncle Sam may not have their back, and with four years left the current AGOA term, it also seems like the Trumpian ideology of individual “bi-lateral” country trade agreements will prevail, even as the AGOA folks are talking about bilateral versus unilateral - to keep the agreement from going away.

Truth be told, AGOA is noble trade policy that has failed to grow and the numbers tell the real story. AGOA was established in 2000 and in their first year did $23.5 billion in exports to the USA. Now, fast forward twenty-one years into the program and the number is roughly about the same. The problem with understanding AGOA is that African exports are generally based on oil and gas, and the only encouraging part of late is that assembly industries in Ethiopia have been gaining significant ground, and they employ a lot of people. President Biden did express interest in re-invigorating former President Trump’s 2018 “Prosper Africa” initiative and that is a bi-lateral idea - including energy, health, agribusiness, and transportation.

Currently, 39 countries are involved in AGOA (before the newly proposed suspension of Ethiopia, Guinea, and Mali). The reason given for the Ethiopian suspension in their annual country reviews were for “gross violations of internationally recognized human rights.” For Guinea and Mali, it followed Military coups in both countries.

To put all this is some kind on perspective, it should be recalled that in 2019 Ethiopian Prime Minister Abiy won the Nobel Peace Prize for establishing peace with Ethiopia’s northern neighbor Eritrea. Now, the Eritreans and the Ethiopian government forces have been closing in on the Tigrayan population, while the Tigray Peoples Liberation Army has started to gain ground in the conflict and they are headed towards the capital city of Addis Ababa. It seems odd to broker a peace agreement with another country, and then use that country to align against a territory within your own country. Mr. Abiy declared a six-month state of emergency in Ethiopia and asked all citizens to defend the homeland. The Nobel prize winner also said: “We will bury this enemy with our blood and bones and make the glory of Ethiopia high again.”

President Biden, to his credit, is following his “diplomacy first” policy in Ethiopia, but the situation on the ground gets worse by the hour. There is hope is for a peaceful solution, but taking away the AGOA trade benefits doesn’t carry the day. It also harms the bigger picture and the real meaning of America’s AGOA investment in Africa.