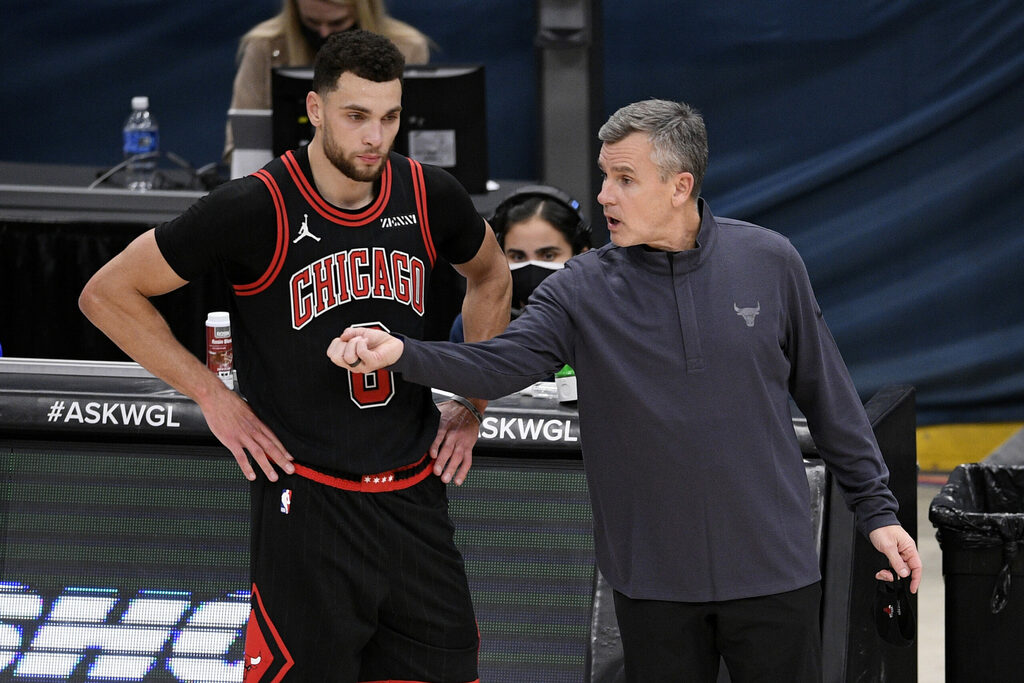 As the NBA preseason is right around the corner with the 2021-22 season quickly approaching, predictions for the upcoming season are starting to service.

On Tuesday, put together their win-loss predictions for the Eastern Conference, which landed the Chicago Bulls fighting for their playoff lives in the play-in.

ESPN’s experts predict that the Bulls will finish with a 40-42 record, tied for 8th in the Eastern Conference with the Charlotte Hornets.

“The Bulls, meanwhile, have completely revamped around Zach LaVine. First, they brought in All-Star Nikola Vucevic at last season’s trade deadline; then, this summer, they added Lonzo Ball and DeMar DeRozan via sign-and-trade deals. Featuring three veteran starters who have demonstrated the ability to score in the mid-20s per game, the Bulls have aspirations to leapfrog the play-in group and contend in the East this season.

While on paper their offense could be formidable, the Bulls have to prove they can mesh as a team and form a defensive identity if they want to make a playoff push.”

Last season, Chicago finished 11th in the East with a 31-41 record after Zach LaVine went down with an injury, killing their playoff hopes.