ESPN picks one flaw for Georgia — and it’s a stretch 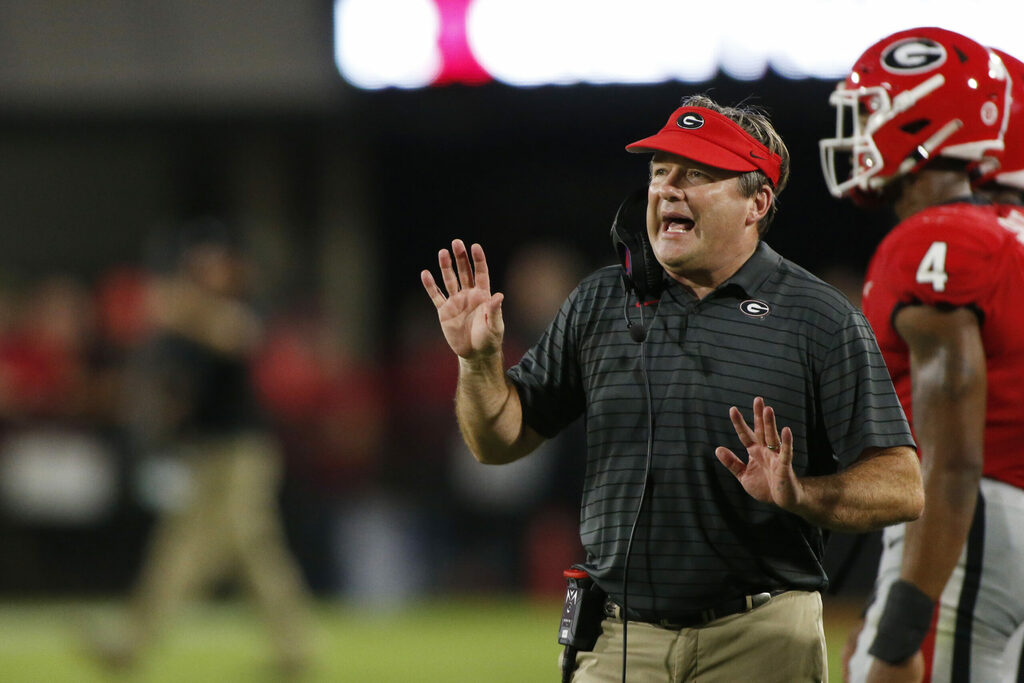 ESPN identified flaws for each of the College Football Playoff contenders this season.

Georgia, though certainly not without flaw, has been nothing short of dominant all season and currently ranks No. 1 in America with a perfect record.

It looks like ESPN struggled to identify Georgia’s biggest flaw so far this season based on what it picked for the Bulldogs.

“They still haven’t had to score,” ESPN chose as Georgia’s biggest flaw.

Fatal flaw: They still haven’t HAD to score.

You know you’re probably the best team in the country if your biggest flaw is “You’ve been beating teams too badly to have to open up your playbook very much.” That said, there’s still reason to wonder about the Georgia attack. For one thing, the run game is merely good, not spectacular.

The other reason for pause: While quarterback Stetson Bennett IV has been fantastic filling in for and/or usurping starter JT Daniels — 69% completion rate, 95.2 Total QBR (first among passers with at least 50 dropbacks) and quite a few gorgeous play-action bombs — he hasn’t had to throw more than 21 passes in a game yet, and, incredibly, he’s thrown only 18 passes with Georgia ahead by less than 14 points.

That Georgia has gotten this far without really needing a passing game is incredible, but we still don’t know what will happen when the Dawgs actually have to complete a pass in a close game.

I mean, I guess that’s more of a question mark than a flaw. I see where he’s coming from, though. It’s not a bad thing that Georgia has not had to score, but it does raise the question of “can Georgia score if it needs to?”

Other flaws ESPN could have said…

Not having to score is not quite the direction I would have went with it.

Look at kicker Jack Podlesny this season. He’s 9/12 on field goals and has missed two between 30-39 yards. Still, even that’s not that bad. But it does seem his misses come at times when Georgia has a chance to put the game away. Could that be a flaw? Maybe.

Is this an injury prone team? Is that really a thing? I don’t know. But look at all these injuries Georgia’s racking up. Durability – could that be a flaw?

Yeah, this was way harder than I expected. Georgia does not have many flaws.