A scaffolder whose single punch knocked his ex-partner unconscious has been jailed for three years.

Christopher Jensen also choked his former girlfriend and spat on her face, only halting his attack when she went limp.

The 40-year-old later sent his victim a text message stating he thought he had killed her.

The “roid-rage” bodybuilder, from Erskine, also made a threat to “stab the life out of” his ex-partner’s son.

Jensen appeared at Paisley Sheriff Court from custody on Friday where he admitted a horrific onslaught of domestic abuse on his former partner between April 2019 and November 2021, Renfrewshire Live reports.

Sheriff Brian Mohan slammed Jensen’s vicious attacks as being at the “extreme end of domestic violence”, before jailing him for three years.

Mr Sheeran told how Jensen met his victim in 2018 when she helped him with his scaffolding business by providing accountancy support before they entered an “intimate relationship”, which ended in December 2018 “due to the behaviour of Jensen”.

Mr Sheeran explained how the vicious brute punched his ex-partner unconscious in October 2019: “The complainer agreed to meet the accused at The Gym in Glasgow to train together.

“Upon meeting, an argument ensued and she became afraid and slapped him as he approached her.

“Jensen then punched her on the left eye, rendering her unconscious.

“The next thing she remembers is waking up slumped against a wall. “When she woke up, he was being abusive towards her and she believes he carried her to her vehicle while she was unconscious.

“He left her to return home herself.

“She was found to have soft tissue damage and a black, swollen eye and socket.”

The court heard while Jensen was serving a prison sentence in Barlinnie, that on “numerous occasions” he made phone calls to his ex-partner between June 2021 and August 2021.

Between this timeframe, the victim also received “numerous calls” while he was serving a sentence in HMP Low Moss on a “daily basis” which were “verbally abusive towards her regarding a court appearance she made against him”.

Prosecutor Mr Sheeran told how in September 5, 2021, the victim attended at Jensen’s home where he became violent and aggressive.

Mr Sheeran explained: “He dragged her by the hair, causing her to feel pain and then he took hold of her face and slapped her repeatedly.

“He then began to choke her and spit on her face.

“Jensen only relented from this as the female went limp and started to drift from consciousness.

“Later that day he messaged her stating he thought he had killed her.”

Mr Sheeran told the court some of the comments included: “I won’t be found and I won’t stop.

“Do you honestly want to gamble your son’s life?

“No police will find me before I do all this. I will stab the life out of him.”

Defence agent Jim Clarke told the court Jensen has a young son and that he has had a “slow development of a realisation that this is a truly poisonous relationship”.

Mr Clarke said: “Mr Jensen concedes that in the course of fitness and bodybuilding has abused steroids and this has caused outbursts of anger.”

Sheriff Brian Mohan stated to the court: “This is called roid-rage.”

Mr Clarke added: “Mr Jensen is slowly realising that this relationship is so flawed in many ways that it cannot succeed, ever.”

Sentencing, Sheriff Mohan said: “The record here is very concerning, with your first assault being in 1998.

“In more recent years, there have been five occasions where this complainer has been involved and where a non-harassment order has been in place.

“The violence and abuse here is at the extreme end of domestic abuse.

“It seems Mr Jensen is unable to control his violent impulses and personal habits have contributed to that.

“One incident involved a punch that rendered this woman unconscious and another where he choked her till she nearly lost consciousness and Mr Jensen thought he had killed her.

“In all the consequences, custody is the only appropriate disposal.”

Sheriff Mohan jailed the brute for three years and made him subject to a non-harassment order for 15 years, preventing him from contacting his ex-partner.

If you are a victim of domestic abuse, help is available from a number of sources including: Women's Aid and Refuge. 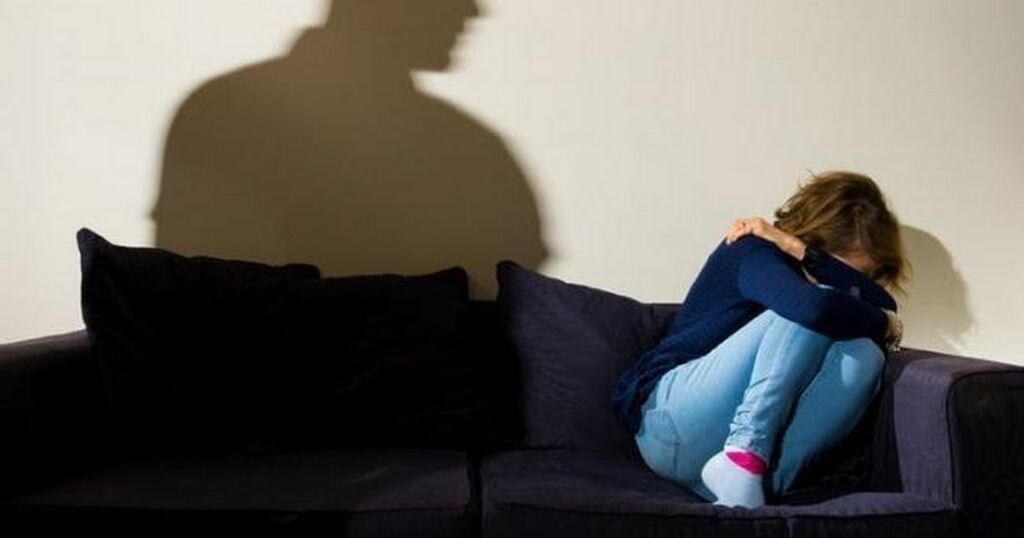 "Roid-rage" scaffolder who knocked his ex unconscious with one punch jailed for three years
Serial domestic offender, Christopher Jensen thought he had killed his ex-partner after choking her in September last year.

Daily Record
From analysis to the latest developments in health, read the most diverse news in one place.
Drunken thug who killed charity fundraiser with one punch jailed for nine years

It was an unprovoked attack

Moody, who was stationed at Irishtown Garda station in Dublin, admitted a campaign of terror against his victim named in court only as “Nicola” to protect her identity

“He won’t be going to see him in prison. He hasn’t been friendly with him for a number of years."

Chronicle Live
One place to find news on any topic, from hundreds of sites.
Woman's horror injuries and blood-spattered walls after ex brutally attacked her