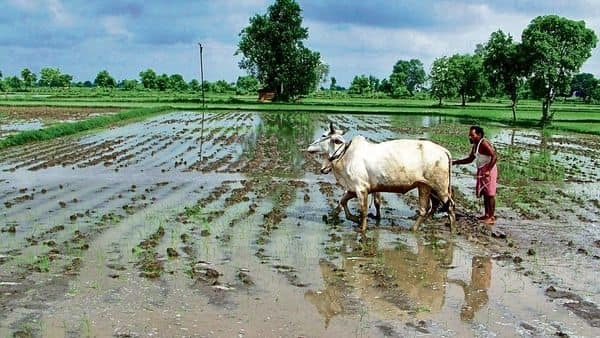 In the past fortnight, monsoon rains increased significantly with precipitation in September 53% above normal so far. The surge in rainfall this month follows below-normal precipitation in July (-6.7%) and August (-24%).

“We expect cotton, oil seeds and coarse cereals to be most impacted due to erratic rains," said Rahul Bajoria, chief India economist at Barclays. “In the last two-three years, monsoons have been problematic not in its overall quantum of rain, but in terms of its spatial distribution. If this year again, we have a late rain cycle which leads to instances of flooding, crop damage, we could see unwanted price shocks."

Bajoria said however that the overall impact on the farm sector and the wider economy has reduced in the past decade.

Data issued by the agriculture ministry on 2 September showed that Kharif or monsoon crop sowing fell 1.14% from the year earlier to 108.15 million hectares in this calendar year so far. The lower sowing is attributed to a break in the monsoon.

Kharif crops are typically sown at the beginning of the first rains and harvested at the end of the monsoon.

Crisil Research expects erratic monsoons across the country may lead to increase in onion prices. The bulb’s supply and price dynamics are largely dominated by climatic conditions, especially the southwest monsoon. According to Crisil, onion prices are expected to cross ₹30 per kg this year due to the challenges faced in transplanting the crop in Maharashtra, though prices will be 1-5% lower from the year earlier due to the high base of Kharif 2020. Crisil predicted a more than doubling of onion prices this year as well, compared with 2018.

Rainfall distribution so far in 2021 has been patchy and irregular. Few states such as Gujarat, Kerala, Odisha and Assam are likely to face more challenges due to low irrigation coverage and a high rain deficit but South India, excluding Kerala, has seen above-normal rainfall, said Arshad Perwez, strategy research—vice president, JM Financial Institutional Securities. Among Kharif crops, cotton, with a 6% drop, saw the biggest decline in sowing area as some farmers shifted to growing chillies and maize in Andhra Pradesh and Telangana as well as the impact of deficit rains in Western India. Bajra saw a 8% fall in sowing area due to deficit rains, followed by groundnut where the sowing area fell 4% from the year earlier due to erratic rains in Western India.

Perwez expects prices of proteins such as pulses, egg and meat to remain high driven by steady demand and increase in input prices and supply challenges. “Elevated global prices would keep prices for oilseeds (ground nut, mustard, soya bean) and cotton elevated in the months ahead, but this price rise is effectively independent of rainfall. Only in a scenario of very high rains in the later part of monsoon (Sep-Nov, as happened in 2019), there could be a spike in onion prices, otherwise prices rise across crops is largely likely to be limited," he said.

Meanwhile, Yuvika Singhal, economist, QuantEco Research said the government’s cutback on import duties on oilseeds and pulses along with possible management of food supplies especially of cereals will likely offset any adverse impact from a deficit monsoon. She expects broad comfort on food inflation to continue into second half of FY22, with the Kharif harvest coming on board. Singhal said however, that “rainfall revival over the last one week does run the risk of weighing on crop yields; the impact of which will be known over the coming weeks."