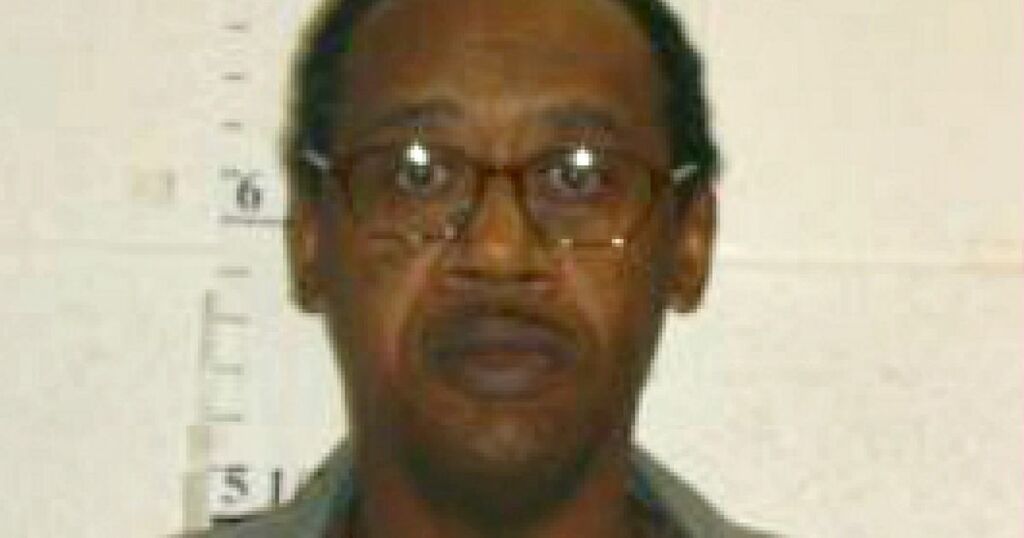 A man who murdered three people with a claw hammer, screwdriver and gun vowed he was going to "heaven" as he was executed for the brutal crime.

Ernest Lee Johnson, 61, apologised in his last statement and told his family "I love you" moments before he was put to death at a prison in Bonne Terre, Missouri.

Johnson bludgeoned, stabbed, and shot three employees - Mary Bratcher, 46, Mable Scruggs, 57, and Fred Jones, 58 - at a convenience store near his home in Columbia in 1994.

He then hid their bodies in a walk-in fridge and stole cash for drug money.

In his final statement, Johnson wrote: "I am sorry and have remorse for what I did."

He added: "I love the Lord with all my heart and soul. If I am executed I no were I am going to heaven. Because I ask him to forgive me." [sic]

A TV reporter who witnessed the execution said Johnson's breathing became laboured and he appeared to fall asleep after the drug pentobarbital was injected. He was pronounced dead at 6.11pm local time on Tuesday (12.11am Wednesday in the UK).

It came after the US Supreme Court rejected a last-minute bid to block the execution, and as supporters said Johnson's intellectual disabilities made the execution unconstitutional.

Johnson's lawyers had argued he was intellectually disabled, saying he has a significantly reduced intellectual capacity.

They also said he was born with fetal alcohol syndrome and lost about 20 per cent of his brain tissue in 2008 after he had a benign brain tumour removed.

In the United States, the eighth amendment bans intellectually disabled people being executed.

An ABC 17 reporter who witnessed Tuesday's execution said Johnson mouthed "I love you" to family, and his breathing became laboured after the lethal drug was given to him. He then appeared to fall asleep.

Johnson was convicted in 1995 of the murders of the three convenience store workers in as they shut up shop in February of 1994.

Police searched his girlfriend's house after the murders, finding a bag with $443 (£325), coin wrappers, partially burned checks and shoes which matched bloody prints left at the scene of the crime.

It came a week after a representative for Pope Francis wrote to Parson saying the Pontiff “wishes to place before you the simple fact of Mr Johnson’s humanity and the sacredness of all human life".