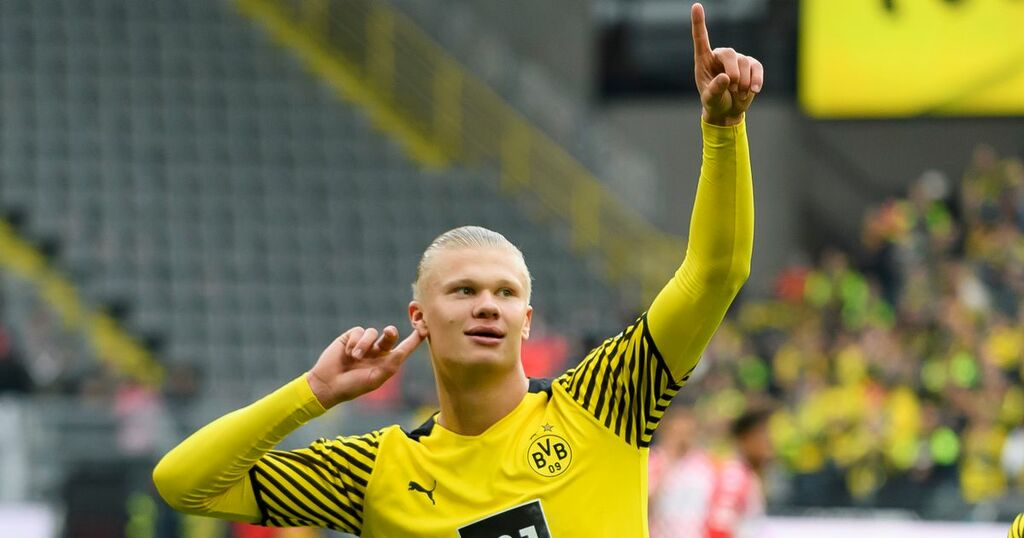 Manchester City have announced that Borrusia Dortmund striker Erling Haaland will join the club in the summer.

Manchester Evening News
One subscription that gives you access to news from hundreds of sites
Erling Haaland: Answering the key questions about Man City’s latest signing

The Lakers star took to Twitter to voice his opinion on a league-wide issue.

As everybody seems to know, what Manchester City desperately need is a conventional number nine who can stick away all those chances they create.

After all, they have only scored a truly pitiful 94 goals in 36 Premier League games this season. At this rate, they might not even get another century to go with the ones in the 2017-18 and 2019-20 campaigns. Shame on them.

Pep Guardiola’s distaste for the traditional frontman is, obviously, one of his very few blind spots. Under Guardiola at City, Sergio Aguero has probably been the closest to what is perceived as the striking norm and just look at what has happened since he finished.

Without him this season, City have only managed to score four or more goals in a single game on TWENTY-ONE occasions. Well, fear not, Erling Haaland will sort those types of nightmare figures out. Look, as soon as Haaland was open to a move to the Etihad, it was something of a no-brainer. The £51million release clause was reasonable - a heck of a lot more reasonable than Jack Grealish’s £100million figure - and Haaland, 21, will retain and probably increase his value.

And it will be a major surprise if he is not a roaring, highly prolific success under Guardiola. Haaland could develop into the world’s best striker so why wouldn’t you sign him up if you have the chance? But there is still something disheartening about the transfer. It is a big assumption, particularly in Raheem Sterling’s case, but let’s imagine all Guardiola’s attacking options (although EVERY player on the pitch, including the keeper, is an attacking option) stay at the club.

Let’s say he fields a middle three of Rodri, Kevin De Bruyne and Ilkay Gundogan. Who will be the front three? Let’s say it is Bernardo Silva, Haaland and Phil Foden. So who’s out and on the bench? Sterling, Jack Grealish, Riyad Mahrez, Gabriel Jesus, not to mention highly promising youngsters such as Cole Palmer and James McAtee. You cannot have enough is the obvious answer but how much elite attacking firepower do you need?

HAVE YOUR SAY! Did City buy Haaland to stop their rivals getting him? Let us know in the comments section

It has been the case down the ages but one of the most significant aspects of the Haaland signing is that it stops a major European rival getting their hands on him. To some extent, that might have been part of the reasoning behind the Grealish move. While the Haaland capture is an undeniably brilliant piece of business, while it will be great to watch him close-up in the Premier league, while he should prove to be a wise financial investment, it is still the type of indulgent signing that only the odd club is capable of.

Indulgent? Well, look at those goalscoring figures above and say City’s pressing need is for someone who can find the net. And if Guardiola really wants to know why public acclaim for their sublime brand of winning football is not what it should be, then here is his answer.

Strengthening from a position of strength has been a mantra for so many successful managers and to watch Guardiola’s teams is a joy. But merely stockpiling brilliance via financial might is never going to win hearts and minds.

Manchester City have announced that Borrusia Dortmund striker Erling Haaland will join the club in the summer.

Manchester Evening News
One subscription that gives you access to news from hundreds of sites
Erling Haaland: Answering the key questions about Man City’s latest signing