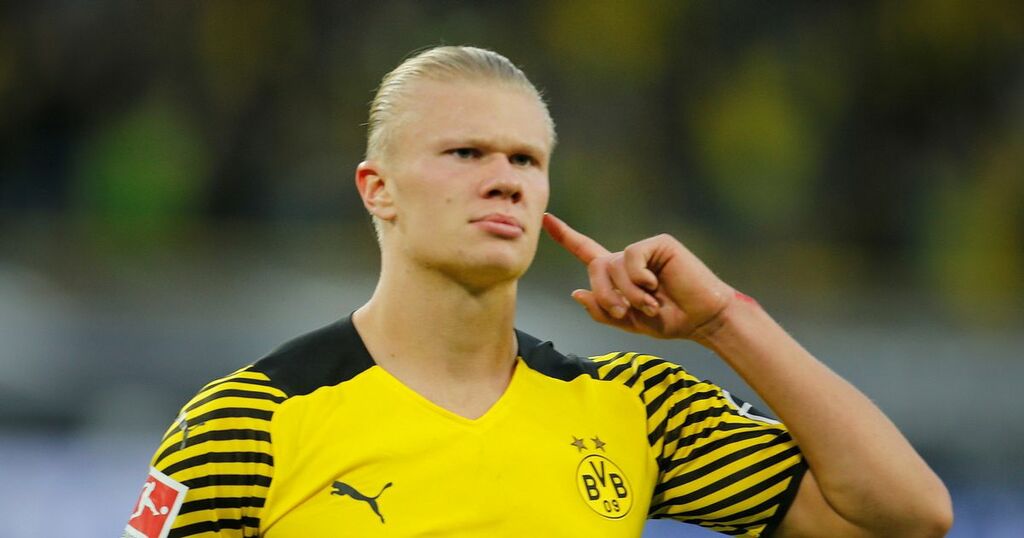 Erling Haaland is set to be Europe's most in-demand star during next summer's transfer window, with a release clause of £68million putting clubs across the continent on red alert.

The 21-year-old has scored 68 goals in 67 for Borussia Dortmund since signing for the German giants in January 2020, marking himself as a coming force in European football..

But agent Mino Raiola is planning Haaland's exit in 2022, with a transfer war poised to kick-off between the likes of Real Madrid, Barcelona, Paris Saint-Germain, Bayern Munich and the two Manchester clubs in the Premier League.

Those clubs, including United and rivals City, have now received a boost following comments from former Juventus CEO Beppe Marotta.

The current sporting director at Italian champions Inter Milan has claimed Serie A clubs have "absolutely no chance" of signing the striker next summer.

"One of my biggest regrets was a deal for Haaland," Marotta said. "I was CEO at Juventus and we had the opportunity to sign him for €2million from Molde.

"We were close," he stated. "Now it is impossible to see Haaland playing in Serie A. Italian clubs have absolutely no chance of signing him next summer."

Where should Haaland go if he leaves Dortmund? Comment your thoughts below.

Despite the re-signing of Cristiano Ronaldo during this summer's window, it is believed the Red Devils still harbour hope that they can sign Haaland, while Manchester City's well-documented search for a striker could lead them to the son of their former player, Alf Inge.

Bundesliga behemoths Bayern are also thinking about a long-term replacement for star striker Robert Lewandowski, while PSG could replace outgoing star Kylian Mbappe with the goalscorer.

Although Madrid and Barcelona have financial issues, the two La Liga sides are both very interested, with Real currently the one of the frontrunners to earn his signature - although their priority is Mbappe.

Amid speculation of an eye-watering £150million move to Chelsea in July, Haaland told reporters: "I don't really have much to say about this.

"I have three years left on my contract and I'm enjoying my time here. Before yesterday, I didn't speak to my agent in one month - I think you have the answer there," he added in typically enigmatic fashion.