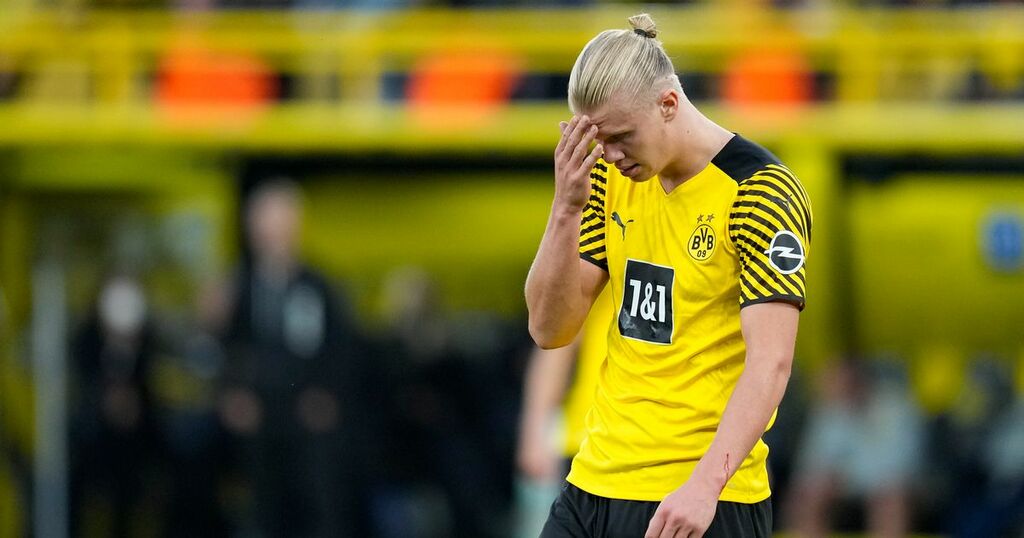 Borussia Dortmund star Mats Hummels has warned his teammate Erling Haaland that 'the grass is not always greener on the other side' ahead of next summer's transfer window.

Both Manchester United and Manchester City have held an interest in Haaland, who has established himself as one of the world's best strikers with 68 goals in 67 games since moving to Germany.

He is still just 21-years-old, too, and unsurprisingly is attracting interest from some of the world's biggest clubs, including the two Manchester sides.

United had settled on Haaland as their priority centre forward target in last summer's market but opted against signing a striker after Edinson Cavani decided to extend his stay at Old Trafford.

Instead, United recruited Jadon Sancho from Dortmund and Cristiano Ronaldo returned to the club on deadline day to lessen the club's need for a new striker even further.

That's not the case for City, however, who failed in their attempts to sign Harry Kane in the window and will likely be in the market for a frontman once again next year as they aim to finally replace Sergio Aguero.

Dortmund were determined to keep hold of Haaland for this season at least after losing Sancho, and did so, but the Norwegian looks likely to depart next summer when a reported release clause in his contract comes into effect, said to be worth €75million.

However, centre-back Hummels has cautioned Haaland that things may not be as good for him elsewhere as they are in Dortmund.

The German international left Signal Iduna Park himself for Bayern Munich before returning so understands the predicament his teammate is in and that a move isn't necessarily the best thing, so he does not believe it's a foregone conclusion that Haaland will depart.

“I would fully understand him wanting to stay because things are really great in Dortmund, because he knows what he has here. I have far from given up hope that he will stay for a long time,” Hummels told Sport Bild.

“The grass is not always greener on the other side. You really have to be aware of that in football.

“It’s worth a lot if you have a good environment, feel comfortable with the guys and can also be really successful.

“You have to value that, that’s not a given at every club. So we have a lot to offer to Erling.”