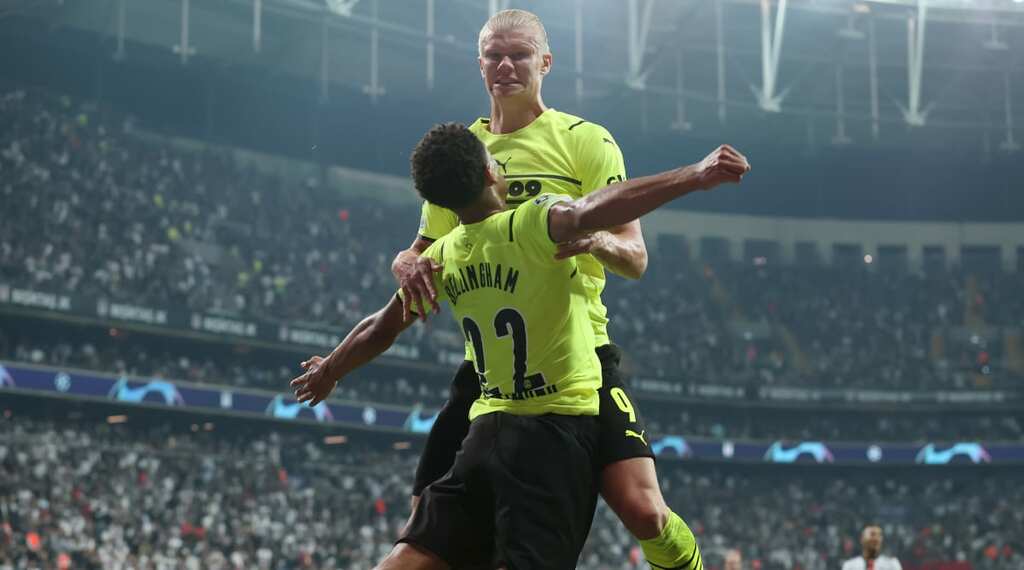 After clinching the UEFA Champions League golden boot last season as a 20-year-old, on top of everything else he had already accomplished, Erling Haaland's goalscoring record is already the stuff of legend. After scoring the match-winning goal against Beşiktaş on Wednesday in Borussia Dortmund's group-opening game, Haaland has shown no signs of slowing down.

With Dortmund leading 1–0 moments before halftime, Jude Bellingham danced around his defender inside the penalty area before finding Haaland in front of goal. The Norwegian phenom evaded his defender and lashed at the pass, leaving no chance for the Beşiktaş goalkeeper.

After scoring 10 goals in each of his first two Champions League campaigns, Haaland now was 21 goals in just 17 games. According to Opta, it was the fewest appearances needed to reach the figure. Haaland also entered the match having scored a goal every 63 minutes on average in the competition, the best goals-per-minute ratio among all players with at least 20 goals.

For club and country, Haaland has scored 14 goals in 10 matches since the start of Dortmund's season, which includes five in four Bundesliga games this season and another three in one DFB Pokal match. His five World Cup qualifying goals have helped steer Norway on the right path, with the nation tied with the Netherlands on points atop their group. Norway hasn't reached a World Cup since 1998.

Per usual, Dortmund's stable of young talent isn't limited to one rising star. Bellingham, who assisted on Haaland's goal, opened the scoring in the 20th minute.