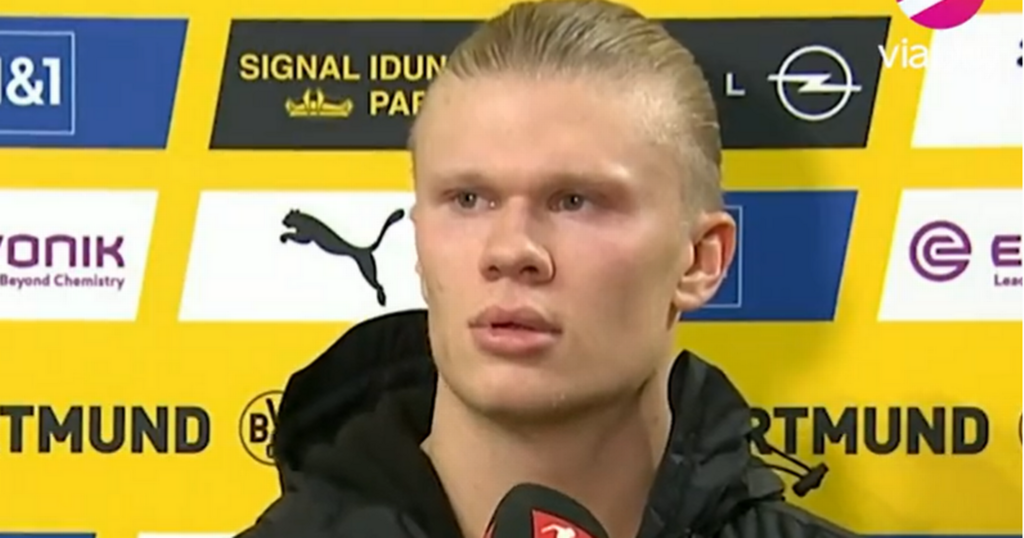 Borussia Dortmund star striker Erling Haaland has admitted that the Bundesliga giants are putting 'pressure' on his shoulders to make an imminent transfer decision amid strong Barcelona, Real Madrid and Chelsea interest.

Haaland, 21, ended a mini-goal drought on Friday night with his two goals in Dortmund's 5-1 rout of Freiburg at the Signal Iduna Park as the Yellow and Blacks keep the pressure on Bayern Munich at the top of the table in this closely contested title race.

Away from the football itself and on off the pitch matters, all the focus is on the Norwegian's long-term future and where that could be and initially, it looked like it wouldn't be Chelsea with what the striker had to say on the situation after the Romelu Lukaku bust up ensued.

Italian journalist Gianluca Di Marzio provided more context on the situation at hand: "He doesn't like Premier League too much. It is not in his dreams. It is not the perfect league at the moment.

"He prefers La Liga - he likes Liga a lot. So, I think in his thoughts, La Liga is the perfect tournament, now, to play in. Or Bundesliga, where he is currently playing.

"So it is not sure that he'll leave in the summer. Borussia Dortmund thinks that for his career, another year there should be the right step.

"I don't know what Mino Raiola thinks about it. I think Raiola wants to get him out of Borussia Dortmund because after two years there it is important for him to have another challenge. So I think he will try to find the right solution for him."

Clearly, the aforementioned La Liga giants would want to sanction a deal for the Norwegian ace but with his €75million (£62.6million) release clause in Germany, competition will be high in the summer.

Now, with Dortmund's stance on the situation being exposed, Chelsea could be drawn back into the race on a player that Thomas Tuchel adores.

football.london understands that the player in question was the main striking target last season but the cost of the operation meant that Lukaku was more attainable to sign, and that's exactly what Marina Granovskaia did.

But with the Belgian's future up in the air and a departure possible unless his 'unhappy' feeling changes in the next few months, a new No.9 could be back on the agenda and that's where Haaland comes in.

Seemingly annoyed by Dortmund's will to get this sorted, he explained in a post-match interview after the 5-1 win on Friday night: “Borussia Dortmund have started to put lot of pressure on me.

"They want me to decide now. And so… yeah, things will happen now.

"Even if I only wanted to focus on football and play football”.

With Real Madrid's focus on Kylian Mbappe coupled with Barcelona's immediate focus being on balancing the books in Catalonia, Chelsea could be in prime position to pounce for the striker.

Alternatively, Man United and Man City could leapfrog all competition to secure the signing of a player with a well-known release clause coming into play this summer.