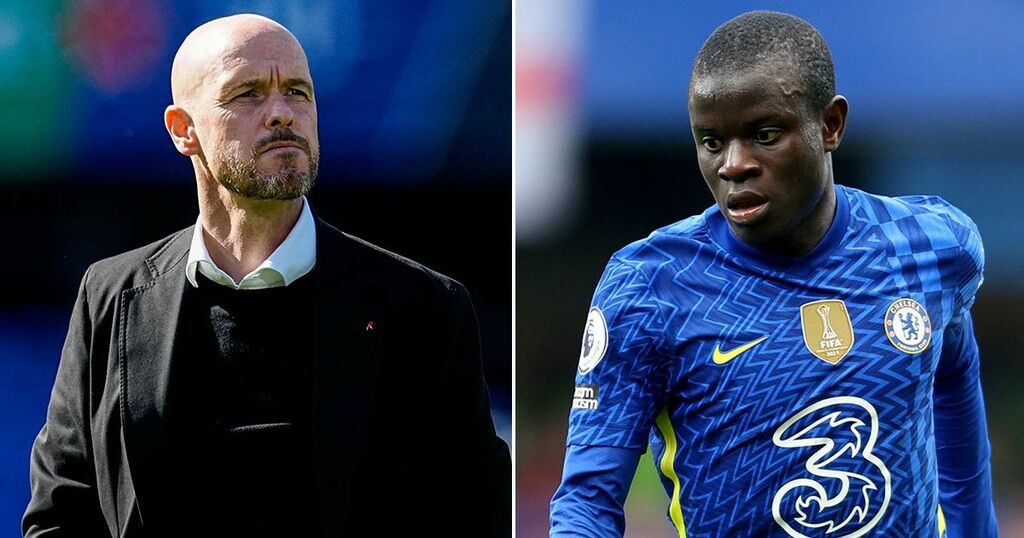 Erik ten Hag is getting down to business at Manchester United after closing out his Ajax contract early, and the…

Manchester United are expected to be very busy in the transfer window, and Bruno Fernandes has revealed the type of…

The 31-year-old French World Cup winner has one year left on his Stamford Bridge contract and Ten Hag believes the Chelsea midfielder still has the ability, experience and hunger to help his young stars next season. Kante joined Chelsea in 2016 in a £32million deal from Leicester weeks after winning the Premier League title.

And the pocket dynamo went on to become the first players since Eric Cantona to win back-to-back titles with different clubs as he became a champion in his first season at the Bridge.

United believe the hard running, tough tackling star is an attainable target with Thomas Tuchel expected to make changes once he's handed a sizeable transfer budget by new owner Todd Boehly when his £4.25billion takeover has been rubber-stamped by the government and Premier League officials.

West Ham's England star Declan Rice has also been linked with a switch to Old Trafford although the huge £150 million being demanded by the Hammer's is even outside United's financial reach. It's also believed the 23-year-old has no real interest in joining United with their immediate future so uncertain and Champions League football not an option next season.

How many signings do Man Utd need to make to return to the Champions League? Have your say in the comments below.

Rice has turned down an eight-year, £200,000-a-week deal to stay at the London Stadium but his preferred destination is believed to be Chelsea who are keen to sign the youngster. Kante, however, is an option for United – even though out-going boss Ralf Rangnick has been privately critical of the club's policy of signing older players at the end of their careers like Edinson Cavani.

Ten Hag and United believe Kante still has plenty to offer, though, and can add quality to a midfield short on real gravitas. Kante has proved a reliable performer and has made 100 appearances for club and country in the last two season.

As well as winning the World Cup with France in 2018 and the Premier League in his first season in West London, Kante has also won the Champions League, the Europa League, Uefa Super League and FA Cup in his time at Chelsea. United's squad lacks that kind of mentality – and it's why United will try to tempt Chelsea to sell the midfield fire-fighter this summer

Erik ten Hag is getting down to business at Manchester United after closing out his Ajax contract early, and the…

Manchester United are expected to be very busy in the transfer window, and Bruno Fernandes has revealed the type of…