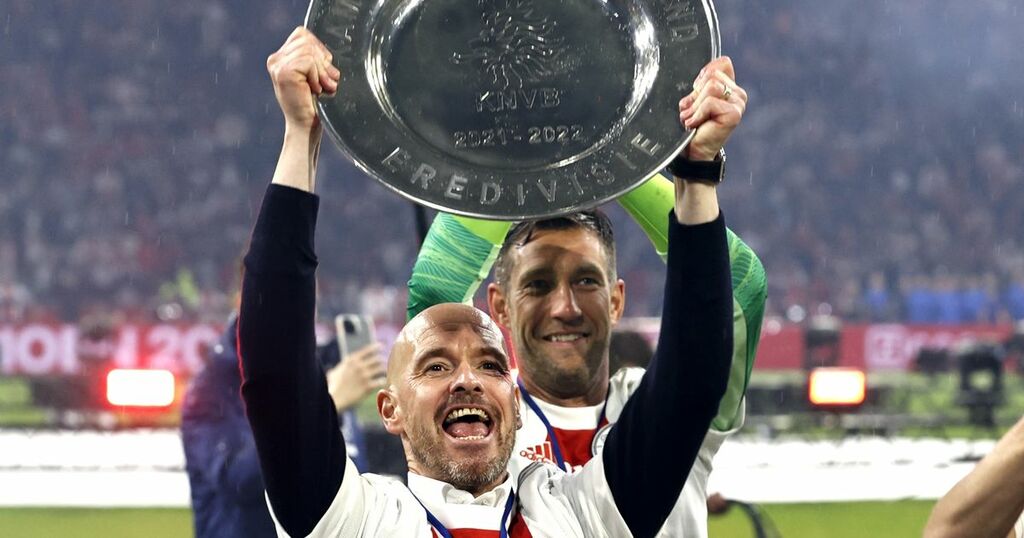 Evening Standard
From analysis to good news, read the world’s best news in one place
Celtics-Heat Takes Another Turn—This Time, Maybe for Good?

Erik ten Hag led his Ajax side to the Dutch Eredivisie title on Wednesday night in a fitting farewell before he departs this summer to become the new Manchester United manager.

His team secured the league with a commanding 5-0 win over Heerenveen, leaving them four points clear of nearest rivals PSV Eindhoven before Sunday's final round.

That was Ten Hag’s third consecutive Eredivisie title and his sixth trophy in three full seasons as Ajax head coach.

His success during this time, and more specifically this season, has been built upon his side excelling in a number of key performance departments. But what were these key pillars and in what areas could we be about to see United significantly improve in next season?

Ajax teams throughout modern history have been known for their fluid ‘total football’ tactical systems, and the same has been hugely prevalent under Ten Hag.

Dictating the play with short sharp passing and pinning opponents inside their own half has been a key trait of Ajax under the Dutchman, as captured by their possession average of 65 per cent this season. That unsurprisingly ranks as the highest and someway above Feyenoord in second with an average of 57.8.

United have rarely been comfortable when trying to dominate the ball and break teams down, yet it’s hoped that Ten Hag’s arrival plus a few upgrades in key positions on the pitch will be enough to change that.


What impresses even further about that dominance is that Ten Hag’s side usually converts it into high-quality goalscoring opportunities.

Across the Eredivisie this season, they’ve accumulated the highest combined xG, most touches in the penalty area and have attempted the most shots. It therefore won’t be a surprise to note that they scored more league goals than any other side and could break the 100 barrier should they score four or more on the final day this weekend.

Many expected to see a new high-octane brand of football at United when interim manager Ralf Rangnick came in late last year. The same never really came to fruition though.

Will Erik ten Hag win a trophy during his first season at Old Trafford? Have your say in the comments below.

Expect a different outcome once Ten Hag arrives at the club. Aggressive pressing has been a key staple of his Ajax side, which is a point captured by looking at their Passes Per Defensive Action (PPDA) average this season.

PPDA is a metric that measures how many opposition passes are allowed by a team before a defensive action is made to try and win the ball back. The fewer passes, the more aggressive they are.

Notably, Ajax have a PPDA average of 6.69 this season, unsurprisingly the lowest across the Eredivisie. For comparison in the Premier League, Liverpool top this metric but with a higher average of 8.49.

The benefit of this intense pressure without the ball is that teams have ultimately struggled to create chances against Ten Hag’s side. They have faced the fewest number of shots, accumulated the lowest xG against, and with a game to go, they’ve conceded just 17 league goals across the whole campaign.

United’s defence has been one of the areas most scrutinised throughout this underwhelming campaign and there are only five Premier League sides who have conceded more than their total of 56 goals this season. It’s one of the more pressing issues that Ten Hag must address on his arrival.

Ten HagAjaxErik ten HagEredivisieEPL
Sign up to read this article