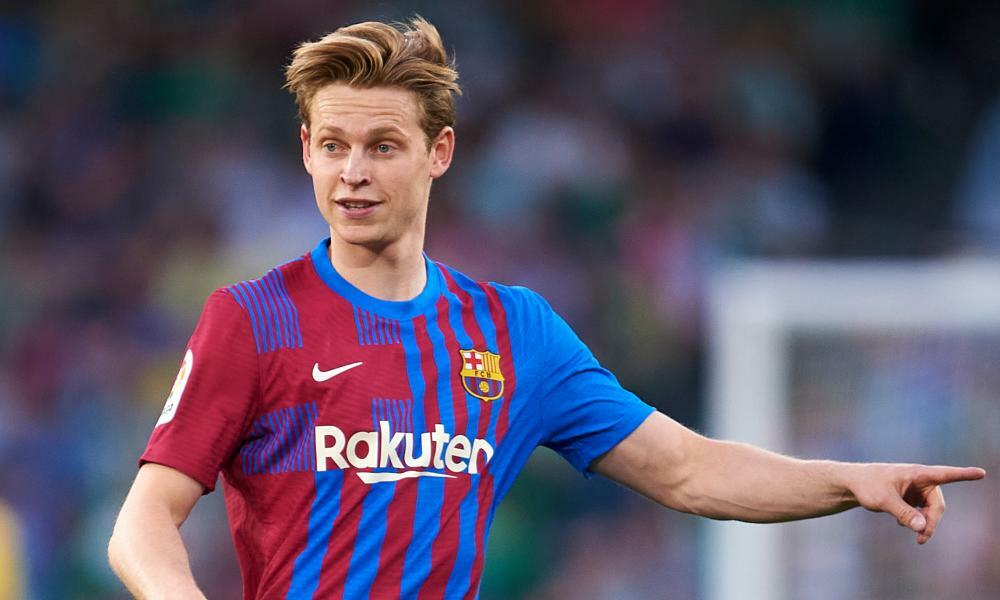 Your Manchester United morning headlines for Friday, May 13 as Erik ten Hag breaks his silence on his interview for…

Barcelona midfielder Frenkie de Jong has emerged as a target for Manchester United ahead of the summer transfer window, and…

Manchester United's squad will have to undergo major surgery at the end of the campaign. Erik ten Hag is due to take charge at Old Trafford in the summer, with transfers very much on the agenda ahead of his arrival.

A number of players look set to leave in the coming weeks including Paul Pogba, Jesse Lingard, Juan Mata and Nemanja Matic. The Red Devils midfield department looks set to be lighter than ever, which explains recent interest in Frenkie de Jong.

The Dutch midfielder is contracted to Barcelona at present, but his future appears uncertain. Manchester has been tipped as a potential destination for him and Ten Hag's appointment offers further encouragement that a deal could happen.

When De Jong initially arrived on the scene in Europe, Ten Hag was his head coach. The former Ajax star portrayed himself as a modern and unique prospect in his homeland, and his performances also made waves in the Champions League.

Highlights of his impressive display in 2019 against Real Madrid's Luka Modric at the Bernabeu still circulate on social media. He showcased his biggest perks in that tie, and Ten Hag truly maximised his qualities.

During his time under the soon-to-be United boss, De Jong was used as an expert progressor of the ball. He was integral to how Ajax progressed through the thirds of the pitch.

Ten Hag even deployed him as a centre-back on a number of occasions, particularly in the Eredivisie. From the heart of the Ajax defence, De Jong was able to receive possession from his goalkeeper before driving forwards whenever he was unpressurised. He was almost a box-to-box central defender of sorts.

His physical perks were harnessed by Ten Hag. De Jong was dynamic under his leadership and proved to be a keen carrier of the ball. Whenever he was his team's free man, he took responsibility and drove forward until an opponent had no choice but to vacate his position and close him down.

He's continued to showcase those same skills in Spain. This season, he ranks 11th in La Liga for progressive carries and 15th for carries into the final third, although he seems to be somewhat less appreciated in Barcelona.

With the likes of Pedri and Gavi emerging as elite talents from La Masia, there is an element of anti-climax surrounding De Jong at the Camp Nou. Supporters of the club seem to expect more from him, although they remain uncertain as to whether that will materialise.

The Catalan giants are also reported to be willing to sell a number of their players before bringing in new faces for their current boss, Xavi. Philippe Coutinho was officially sold to Aston Villa this week for as little as £20m.

Still just 25 years-old, the Dutchman has plenty of time on his side. If he was to move to English shores in the coming months, United would be acquiring a player who could deliver his peak years of performance at Old Trafford.

He would likely aid many of the build-up issues experienced by the Red Devils over the past few seasons, and if there's one coach who knows how to get the best out of him, it is Ten Hag.

De Jong is accustomed to working as part of a midfield two or a trio in the middle of the park. He's tactically flexible and as is often the case when it comes to Ajax's most capable graduates, he's regarded as a very intelligent footballer.

As United's new-look midfield takes shape in the coming months, De Jong's addition would go a long way towards moving the Ten Hag's squad in the right direction.

Your Manchester United morning headlines for Friday, May 13 as Erik ten Hag breaks his silence on his interview for…

Barcelona midfielder Frenkie de Jong has emerged as a target for Manchester United ahead of the summer transfer window, and…