Eric Crampton: Chernobyl and the merits of openness 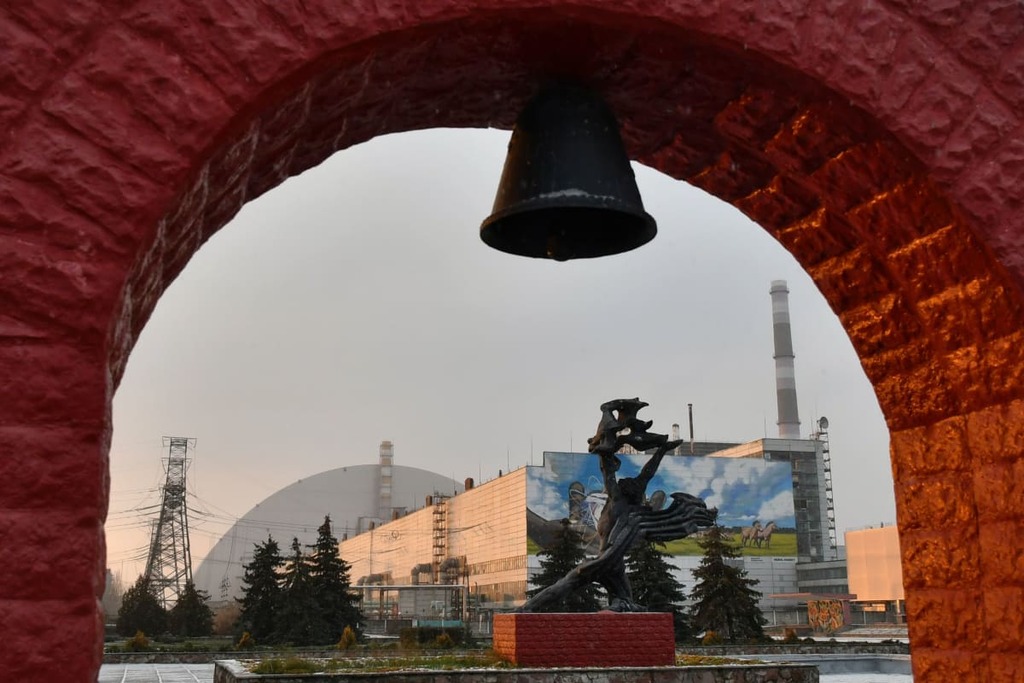 After the nuclear disaster at Chernobyl, control of information about the accident was a paramount concern of the authorities. Eric Crampton sees modern parallels with Covid

If lockdown had a bright side, it was having more time with the kids. Only needing to be online for school by 9 am, rather than rushing out the door at 7.30, meant bedtimes could be a bit later.

It taught the kids a lot about the late 20th century, Soviet Communism, and the Cold War. But it also taught a lot about the merits of open systems in the face of crises.

Those lessons have a present-day application as well, but we will return to those.

The Chernobyl disaster resulted from a cascading series of failures stemming from strict political control over information, as well as a reactor design without thick concrete containment walls. The overriding priority: that the superiority of Soviet Communism never be brought into question.

In the dramatisation, before Communist Party officials were forced to recognise the scale of the disaster and its potential implications, they treated it as a communications issue. The fire at the nuclear power plant needed to be contained, but at least as important was ensuring that few people ever found out about it. Telephone lines out were cut. And rather than evacuating residents, which would raise alarm, the party ordered that no one leave.

Valery Legasov, Deputy Director of the Kurchatov Institute of Atomic Energy, was set as technical advisor for the government’s response. He quickly recognised that the Party was being fed misinformation by local officials who wished to downplay the problem. But he also avoided warning local residents directly, working through official channels instead.

Legasov’s excellent briefing for Boris Shcherbina, Deputy Chairman of the Council of Ministers, on the way to Chernobyl, helped Shcherbina recognise that the plant’s core had exploded. Shcherbina was then able to cut through local officials’ obfuscation and commence the real response to the disaster.

Once the Soviet Politburo recognised the scale of the catastrophe, and that other countries had noticed the fallout, it was prepared to dedicate whatever resource was necessary to solve it.

But continued political control of information came at a heavy cost.

Advice from a broader range of experts would have required sharing more information than the Politburo was comfortable providing to those it did not trust.

A second disaster was averted through the intervention of Ulana Khomyuk – a nuclear physicist who ignored official direction to stay away from Chernobyl.

By the fourth episode, she and Legasov found that the fault in the reactor that caused the explosion had been known years earlier but had been redacted from documentation. Those operating the plant had not known about a substantial risk.

While Khomyuk’s character was an invention of the television series, it stood as portmanteau for other scientists’ contributions.

Chernobyl’s overarching lesson, or at least the lesson of the miniseries, is the importance of open frameworks in a crisis. A government’s reaction too often is to protect itself through control of information, hindering the real response.

The Politburo did not have the information it needed to make good decisions. The Kremlin was not, and could not be, the repository of all relevant knowledge.

Conditioned by prior experience, local officials developed lists of people to blame rather than lists of critical risks and measures to mitigate them. Presented with the obvious fact of a core explosion, and a theory that said such explosions were impossible, officials preferred the theoretical impossibility.

And those whose knowledge was critically important for averting catastrophe had to battle to be heard. The system was designed to hide embarrassing information rather than allow it to improve outcomes.

And some of it, unfortunately, may also apply here at home.

Over the past week, Kiwi research scientist Dr Anne Wyllie has been increasingly urgent in warning about New Zealand’s Covid testing regime. Dr Wyllie is based at the Yale School of Public Health. She and her team developed the hugely successful SalivaDirect PCR test for Covid that has seen widespread use in the United States. Yale’s work also formed the basis for the University of Illinois’ testing protocol provided in New Zealand by Rako Science.

On September 7, she told Radio New Zealand’s Nine to Noon the saliva testing method used by the Asia-Pacific Health Group, contracted by the Ministry of Health, is not widely-validated or widely-used. She noted concerns about applying testing methods relevant for swab-based testing to saliva-based testing. She warned that the Ministry of Health relying heavily on a small number of labs could introduce bottlenecks that reduce overall testing capacity.

She noted she had written to the Prime Minister, before the Delta outbreak, warning against using inadequately validated tests and against dropping standards to enable such a test to be accepted. She warned that misinformation about testing is prevalent in New Zealand, even within the government, and even at the official briefings. And she urged the Government to look beyond its internal advisors and consider the views of international research scientists.

On Twitter, since that interview, she also pointed to errors in local expert views on Covid testing.

Dr Wyllie contrasted the Ministry of Health’s insular approach, “working secretly behind closed doors”, with the more open collaboration she has been part of internationally. The ministry’s closed approach set us substantially behind where we might otherwise have been.

Over the weekend, Stuff journalist Dileepa Fonseka reported on the testing controversy, citing Asia Pacific Healthcare Group chief executive Anoop Singh as wanting expat Wyllie to stay out of the domestic debate. Singh was quoted asking “Sorry who is ​Anne Wyllie? Who is ​Anne Wyllie? She’s a research scientist sitting in the US on some university campus. How is she qualified?”

The New Zealand Government’s Covid response has too closely resembled the dramatised Politburo’s response to Chernobyl.

Some parts of the Politburo’s response were admirable. Gorbachev provided every resource that his experts requested once the scale of the problem was obvious. But, at least in the dramatised version of events, critical information from external experts took far too long to be recognised.

Here at home, and contrary to ridiculous takes from overseas, we are hardly under anything like Soviet rule.

But decision-making has been tightly held within a small group of officials. Information from outside of that set is viewed suspiciously, if it is allowed to enter at all. And the first instinctual response of the system, when presented with evidence of deficiencies in approach, is not to see opportunities for improvement but to circle the wagons ever more tightly against external critique.

It is a style of decision-making that needs to change in the year ahead.