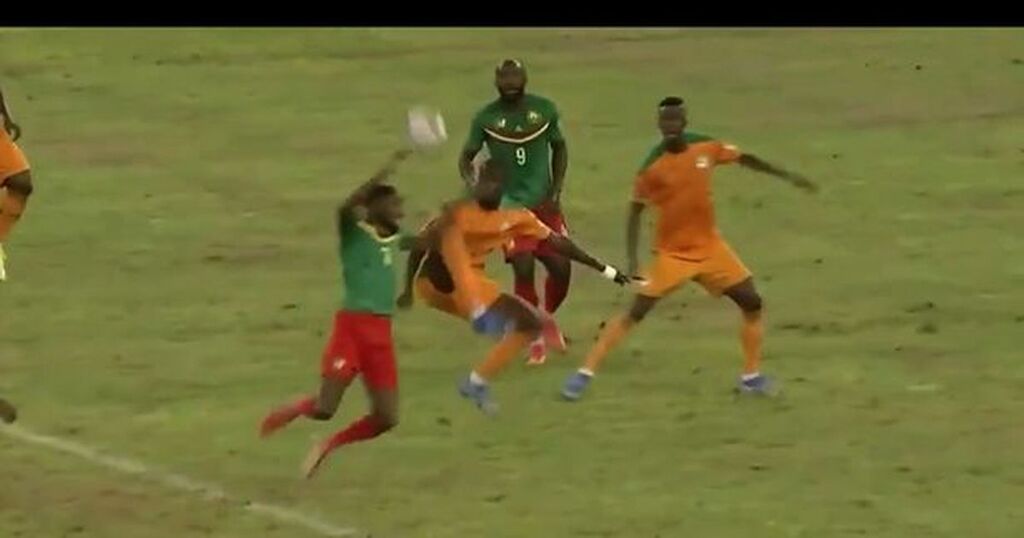 Manchester United fans have seen the funny side after Eric Bailly turned MMA fighter while on international duty.

The 27-year-old has slipped down the pecking order at Old Trafford this season after Raphael Varane signed for an initial £34million fee from Spanish giants Real Madrid.

Bailly also has £80million captain Harry Maguire and Victor Lindelof to contend with at centre-back.

Having represented the Ivory Coast as an over-age player at the Olympic Games in Tokyo this summer, the United defender - like his Old Trafford teammates - is currently on international duty with a view to qualifying for the 2022 World Cup in Qatar.

And his latest outing brought a slightly bizarre incident. By the time 90 minutes were up against Cameroon, the Ivory Coast and Bailly were celebrating a crucial 2-1 victory thanks to a brace from ex-West Ham striker Sebastian Haller.

However, after sitting comfortably at 2-0, it was Bailly who gave the opponents a lifeline, conceding a penalty with what can only be described as a 'karate kick' - and United's supporters have described the incident as typical of Bailly's often chaotic style.

His reckless, high challenge on Karl Toko Ekambi didn't prove too costly, though, as the Ivory Coast held on to make it two wins from two in their World Cup qualifying campaign.

Winning his 36th cap, the United man also attempted to cover up his mistake by feigning injury - though the referee did see through that cloaking device.

Here are a selection of comments made by United supporters, on social media, about the Bailly penalty;

@kdiller6 added: "I wish I understood what goes on inside Eric Bailly's mind. Can't help but love it. Until the next time it screws over United."

@mDvGamerHD said: "Haha, he's 27, been waiting for him to cut it out for years."

@AbbassiSahabb posted: "It's not about the tackle, it about what he does immediately after, haha."

@grandmasterzan added: "Haha, only Bailly would do this."