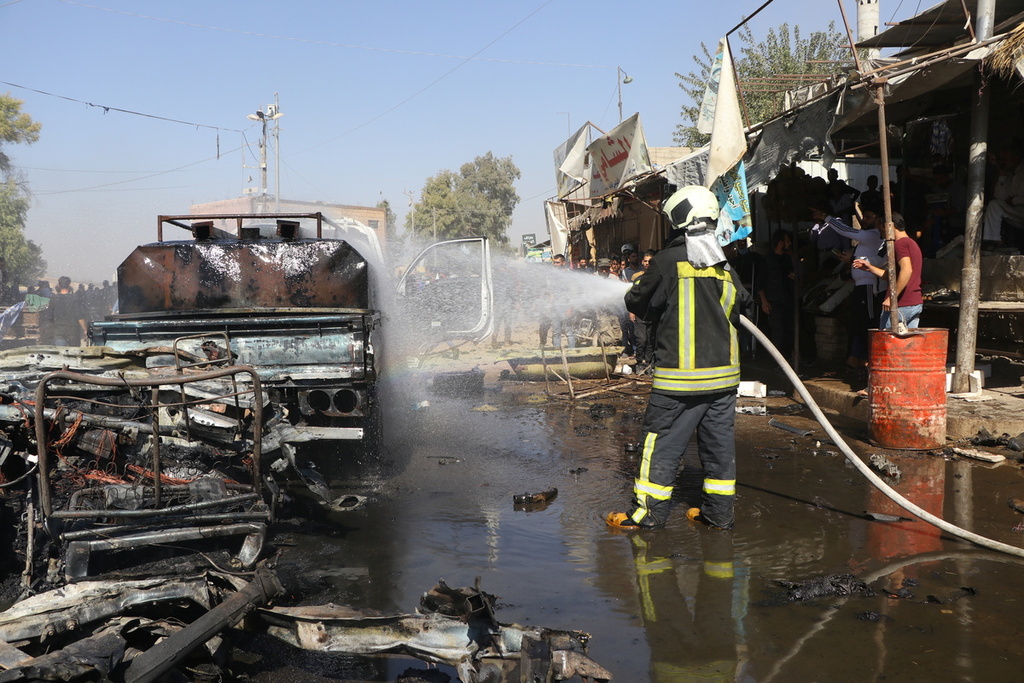 President Tayyip Erdogan said on Monday that Turkey was determined to eliminate threats originating in northern Syria, adding an attack by Kurdish YPG militants that killed two Turkish police was "the final straw."

"We have no patience left regarding some regions in Syria which have the quality of being the source of attacks on our country," Erdogan said in a news conference following a cabinet meeting.

"We are determined to eliminate the threats originating from here either with the active forces there or by our own means," he added.

Two Turkish police were killed on Sunday in a guided missile attack in northern Syria's Azaz region, which Turkey said was launched by the YPG, according to the Interior Ministry.

The attack was launched from the Tal Rifaat region, it said.

A third landed within Jarablus, it said, not it was believed launched from a region controlled by the YPG, the U.S.-backed Kurdish militants which Ankara considers a terrorist organisation.

"The latest attack on our police and the harassment that targets our soil are the final straw," Erdogan said.

Azaz and Jarablus have been under the control of rebels backed by Turkey since Ankara's first incursion into Syria in 2016, in an operation that aimed to drive away Islamic State militants and the Syrian Kurdish YPG militia from its border with Syria.

Ankara has launched two other cross-border operations in Syria against the YPG, one of which targeted the Afrin region.

A car bomb also killed four people and wounded six others in Afrin on Monday, according to local sources.