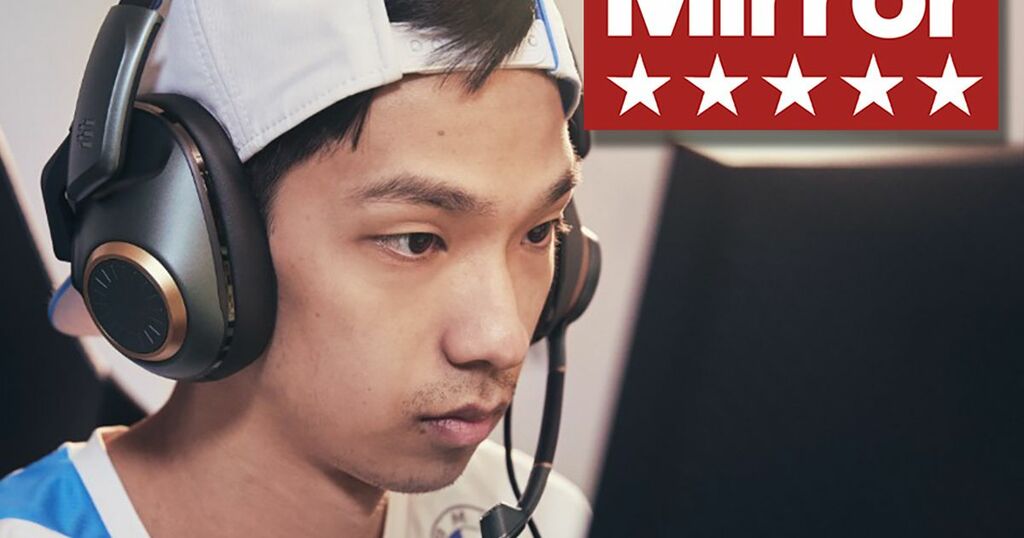 Epos, Danish audio technology experts and previous partners of Sennheiser, recently introduced their new line of headsets after separating from Sennheiser last year with the H3 and now they have created a successor to their flagship GSP 600 Series with their new leading H6 Pro headset.

Straight away you can see it’s something special, the H6 Pro is a wired gaming headset featuring the latest advancements in gaming headphones and as well as incorporating feedback received from their previous bestselling 600 series.

The H6 Pro is available in three colours: Sebring Black, Ghost White and the gorgeous Racing Green, which incorporates some gold accenting on each ear cup and either side of the headband that just flashes premium without being tacky.

The earcups and the headband are a sensible matte black and the use of minimal logos and branding keeping these looking smart and clean with no RGB lights in sight.

Epos has always done a great job blending comfort with practicality, but the H6 Pro takes that one step further with a few refinements.

While most gaming headsets are chunky beasts, the H6 Pro is smaller and sleeker than most high-end headsets on the market.

The H6 Pro benefits from a slightly slimmed-down profile compared to their other models and Epos have put a lot of effort into making their headsets very comfortable at 322g compared to the 602’s 395g.

While the earcups surround the ears they do not press on them or put any pressure on them, they also leave a decent amount of space giving my ears space and adding further comfort.

The fit is firm enough to keep the headset in place, without much movement but doesn’t put too much pressure on your head.

Adding to the comfort of the device are the hinges behind the earcups - adding a surprising amount of flexibility allowing it to easily fit any head or face shape.

Build quality has always been good with Epos but the H6 cranks that up a notch, feeling tougher and more resistant

A chunky boom arm microphone has been replaced with a sleeker more elongated detachable magnetic boom arm mounted on the left-hand side and can be raised to mute the mic or lowered to unmute.

While the mic can be completely removed very easily, it never fell off due to the strong magnetic grip. When removed a small, magnetic cap can be placed over the slot, which keeps the headset looking neat and stops any dirt or dust from getting inside.

The detachable mic is convenient and simple to use making it perfect for streamers with their own dedicated microphone like the Epos B20.

Cables are thankfully detachable which allows you to replace them if required or allowing you to use them on both PC and any consoles.

A volume dial is featured on the right-hand ear cup like most high-end Epos headsets but even this has received some modification for this latest model, with this dial feeling a lot smoother and with a wider range than on previous models I’ve used.

I was pleasantly surprised that despite thinking I wouldn’t use this feature, it became invaluable on some games, allowing me to quickly adjust my volume on the fly and is much easier to use than a cable mounted volume switch.

Open acoustic is perfect for casual gaming with a natural, soundscape, makes it easier to wear for prolonged stretches of time as it allows for airflow in earcup but does let in some background noise

The closed acoustic is what most people think of when they use a gaming headset. The closed nature of the device passively blocks out a lot of sounds, making it ideal for competitive gaming as it eliminates most distractions.

The audio quality is rich with superbly detailed sound, offering a balanced performance, punchy bass, sharp highs without any adjustments. Thanks to the robust Epos gaming suite this can be customised further.

The quality of audio positioning is top-notch, in games like COD: Warzone and Battlefield I could clearly work out the position of gunfire in the distance and hear enemy footsteps trying to get the drop on me.

The audio quality from my mic offered fantastic clarity and great quality, however, it didn’t always isolate my voice, as well as I had hoped often picking up my PC fan, background noises and the TV.

Obviously, there is no Bluetooth as this is a wired headset, but this means there are no latency issues the audio quality is superb and you don’t have to worry about any batteries running out.

Earpads, microphone plate, connection cables are all replaceable, combined with their two-year warranty and solid build making this headset a worthwhile investment.

The free Epos Gaming Suite software adds even more customisation. I did, however, have a few issues getting my PC to recognise the headsets but once this was up and running you have a wealth of audio options to tinker with.

This ranges from a detailed equalizer complete with 4 pre-sets suited for music, movies, eSports and a flat profile and you can of course set your own.

There is also an equalizer and pre-sets to enhance your voice as well as other detailed settings for noise cancellation, gain and a few other settings to allow you to get the best sound, this is especially important for streamers and content creators.

Due to the 3.5mm standard jack, the H6 is compatible with practically everything but its performance is enhanced when connected to the Epos GSX 300, 1000 or GSX 1200 PRO Sound Cards which will allow you to benefit from 7.1 surround sound.

While the design isn’t a massive departure from what we’ve seen previously from Epos there are numerous small improvements that add up to make a big difference to your gaming and listening experience.

While it’s not a cheap headset, considering the overall quality the retail price of £149 seems more than reasonable for those who take their audio seriously.

The Epos H6 Pro is honestly one of the best-looking headsets I’ve used. It's a sleek, yet durable and incredibly comfortable experience and you can feel the premium materials in the improved build quality.

Combined with top-tier audio quality and an impressive, easy to use, detachable mic makes it is an easy choice not just for those into competitive gaming, but work listening to music, working on video or audio they are surprisingly versatile.

The audio input and output can even be further enhanced by the detailed levels of customisation through the Epos Gaming Suite software, which if you’re a geek like me or just want want to tweak endlessly, I think it’s safe to say I’m in love and these won’t be leaving my head for some time.