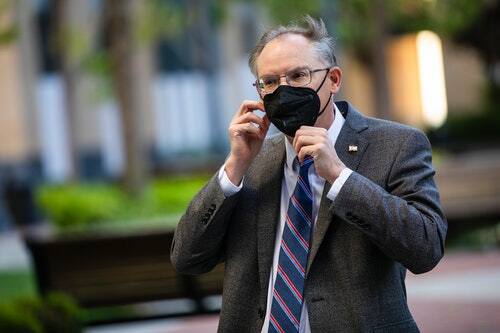 Fortnite developer Epic Games landed a surprise win last week when a judge ruled that Apple must change its rules and allow app developers to link to alternative payment methods outside the App Store, where they don’t have to pay the company a 15-30 percent commission on sales. But Judge Yvonne Gonzalez Rogers also awarded damages to Apple over its claims that Epic violated the initial developer agreement it had signed.

The lawsuit was kicked off after Epic tried to send Fortnite players to a website to pay for in-game items, sidestepping Apple’s mechanisms which ensure it gets a cut, and was subsequently booted from the App Store.

On its face, it seems like Epic won, but the company is unhappy that the judge also ruled Apple can continue to take a 30 percent cut of purchases made directly through the App Store. Although developers should be able to link to external websites to complete purchases under the new rules, that still leaves friction that Epic Games says harms developers who can’t necessarily afford to pay Apple’s 30 percent tax.

Apple only allows iOS users to download apps from its official store, so Epic still has to play by its rules or risk being booted from the second-largest mobile applications store in the world. The judge effectively decided that Apple doesn’t have a monopoly because users can go to Android, or use web apps.

“Today’s ruling isn’t a win for developers or for consumers,” Epic CEO Tim Sweeney said in a tweet following the decision. “Epic is fighting for fair competition among in-app payment methods and app stores for a billion consumers.”

Despite what Sweeney says, the new loosening of Apple’s rules could impact that company’s lucrative revenue from services, its fastest-growing income category. It’s estimated that Apple generates more than $20 billion in annual revenue from the App Store, income which is high-margin when compared to what it makes on hardware. But with so many apps supporting themselves through subscription models nowadays, Apple could stand to lose out on a lot of money. Subscription services often charge iOS users more to account for the Apple commission, and they’ll surely want to push those users to the web to subscribe instead so they can pass the savings on to consumers.

Apple introduced the App Store in 2008 with just 500 apps. But now that there are over 2 million, it stands to reason that its costs should be lower as more processes are automated and it benefits from scale enormously. And it’s no longer the rebellious tech company it once was, but a mature power that makes billions in profit. Understandably, sentiment has turned against Apple in some quarters, with many now viewing it as a bully using its control over iOS to print money.

The changes Apple could have made to fend off legal fights were simple, like the option to link to outside payment methods. But even companies like Apple that espouse progressive, fair values are compromised by their profit motive. Apple has dragged its feet as long as it can because the money is so good, and it’s literally incentivized to make as much money as possible to keep shareholders happy.

Another recent ruling in South Korea ordered Apple and Google to allow other payment methods inside the App Store, but it remains to be seen whether that will be appealed and how Apple might implement the changes, let alone whether that move will result in similar changes in other markets.