Entrepreneurs: Start-up Wagestream looks to change our preconceptions of payday 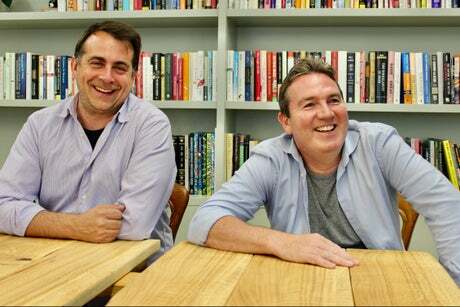 Ever think about how often you get paid? Many of us are used to monthly, but in the US it’s typically every two weeks.

Until the 1970s British workers were often paid at the end of the working week. Monthly paydays only became the norm as banking infrastructure evolved and processing fees hit.

Wagestream is a rapidly growing fintech that lets staff access their already earned salaries at any time in the month. Employers pay for the platform, which lets staff draw up to 50% of their salary early for a fee of £1.75.

Peter Briffett and co-founder Portman Wills launched the start-up in 2018 after both reading the same article about Walmart examining whether flexible pay would drive staff retention. They had never met but were introduced by a mutual contact. “It took about five minutes” to decide to team up, Briffett says.

“We just thought this was an awesome concept and that literally everyone was going to want. We thought there would be a massive queue of CEOs out the door.”

“We were hit with this reaction: ‘people being paid monthly is responsible’,” Briffett recalls. “We had to say ‘do you know how many of your staff go into debt each month?’. It was tough.”

Monthly pay is not easy for everyone to manage — what do you do if a surprise bill lands mid-month?

Today CEOs are starting to get it.

Wagestream now counts around 300 firms as clients. Everyone from Halfords and Greene King to 40 NHS Trusts now uses the platform. Around a million workers have access to the service.

Wagestream, which is described as a financial wellbeing platform, can be a carrot to attract staff at a time when employees are hard to come by, Briffett says. As well as early access to cash, Wagestream offers a financial coach, budgeting and savings tools, and financial education content.

EWA (earned wage access) is a hot market. Revolut recently launched an EWA product and others in the space include SalaryFinance.

EWA apps have not escaped criticism. Campaigners argue drawing wages early can be a slippery slope into debt and point to a lack of regulation.

Wagestream and five other EWA providers are creating a “code of practice” that they’ll present to the FCA to hopefully endorse. The sector believes it’s a misconception that EWA is attempting to fly under the radar of regulation.

The start-up says the group’s aim is to work with the regulator on a form of industry standards or guidelines that “safeguard responsible use of EWA, and clarify everyone’s understanding of what that is”.

Briffett refers to himself several times as “the talker” and co-founder Wills as “the clever one”.

Briffett’s first consumer tech start-up, LivingSocial, grew into a $100 million business. Other ventures have been “complete disasters,” as he put it on LinkedIn, including an “attempt to try and sell the entire global export supply of champagne to China”.

Wagestream is certainly a success so far. It has raised £65 million to date, with backers including charity the Joseph Rowntree Foundation and Big Society Capital alongside tech investors Balderton and Northzone.

Wagestream has doubled to 130 staff over the past year. Their next funding round will close soon and go towards “putting a lot more on the ground in the US”.

Before Briffett leaves, he has one tip for aspiring founders: “You’ve got to totally believe in what you’re doing. Eventually, people will believe you.”