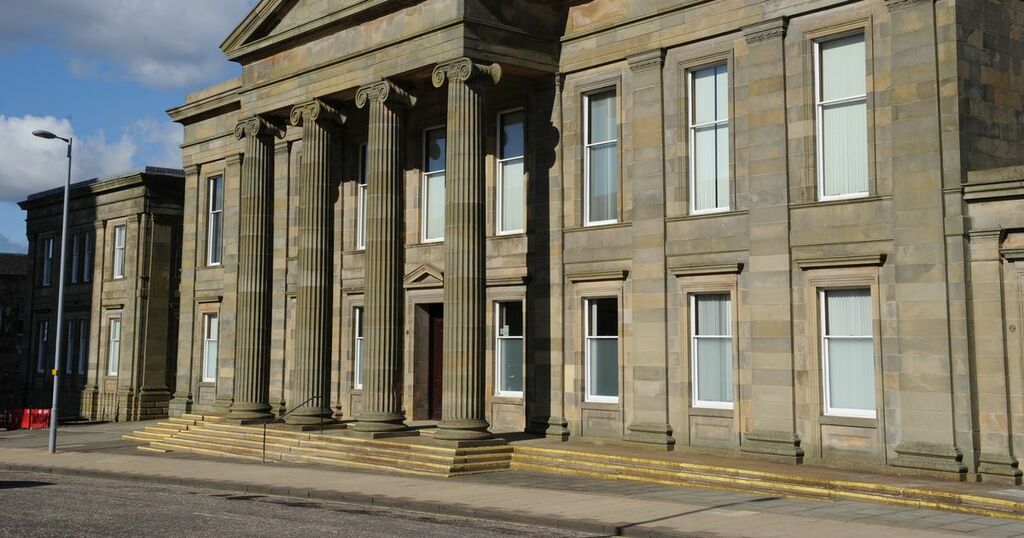 A crazed pedestrian who attacked a driver and threatened to kill his terrified 11-year-old daughter who was a passenger in the car, has been jailed for 16 months.

Hamilton Sheriff Court heard that Brian Taylor completely lost the plot when the car horn sounded as he was standing in the middle of the road.

He kicked the driver repeatedly, leaving him with broken bones in his hands that have led to long term mobility problems.

He also told the man he would "kill your f***ing wean" during the terrifying incident.

Taylor, 24, of Ann Street, Hamilton, was convicted by a jury of assault and threatening or abusive behaviour.

The attack happened near Hamilton Grammar School in Auchincampbell Road on a Sunday afternoon in April 2019.

Taylor, who was standing in the middle of the road, forced the car to stop. He then kicked a wing mirror and assaulted the driver who had simply asked him to move out of the way.

The girl, now 13, told Mairi-Clare McMillan, prosecuting: "It was probably the scariest experience I have ever gone through. I was terrified."

She was able to identify Taylor as her dad's attacker despite never having seen him before.

The girl said she has nightmares in which she sees his face.

Her dad told the court he got out of the car and Taylor challenged him to fight.

He pointed out that he had his daughter with him and she was upset.

Taylor replied that he would "kill your f***ing wean" and kicked the man three times, including on the hand as he tried to defend himself.

The man said he was able to get back into the car and accelerated away, but he needed hospital treatment.

He didn't know Taylor but, by sheer chance, as he was driving past Hamilton Sheriff Court the following month, he spotted him and informed the police.

Taylor told his solicitor, Andy Thomson, that he was the victim of mistaken identity.

He insisted he wasn't the man seen on CCTV footage of the incident, saying that person appeared to be heavier than he was.