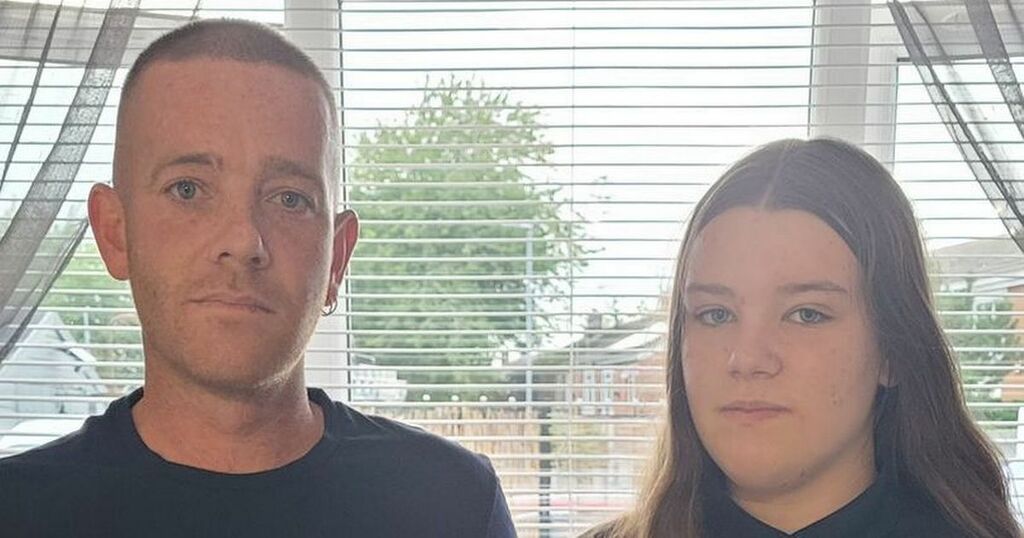 A furious dad has criticised new high school regulations after his teenage daughter was handed a two-hour detention for allegedly breaking the rules.

Adam Taylor, 36, had expected his 14-year-old daughter Caitlin to leave school on time at 3pm on September 10.

However her breaches of the new 'correction' system saw her land an instant 120-minute detention at St Peter's Academy in Stoke-on-Trent with less than two hours notice to her parents.

In response, she wrote: "Didn't do nothing so can't see why I'm here tbh (to be honest)."

Now an outraged Adam has accused the school of going 'far too far' with its new code.

Each 30-minute 'correction' is handed to any pupil every time they break one of six rules.

These relate to behaviour, punctuality, correct uniform, inappropriate language, answering back, and making sure they have their student organiser.

It is understood that Caitlin's breaches related to four uniform misdemeanours.

Adam received a text from the school at 1.46pm on Friday. It read: "Caitlin has received four corrections today so we have a two-hour correction after school. Finish time 5pm."

The window cleaner said: "It’s more like a military camp. I got a text message an hour before school finished informing me that she had got a detention.

"One of the corrections was for a wrong PE top which is my fault.

“These new rules just started on the Monday when they went back to school.

“My daughter was there until 5pm. In a few months time at 5pm it’s going to be pitch black walking home.

“I know where the school is coming from - you have got to discipline kids.

"But if someone is two minutes late to school then they get one of these 30-minute corrections. If they speak in a lesson they get a correction.

“They can get four or five of them throughout the day.

“I just think it’s going too far. They have to sit in the hall, be quiet, or fill in one of these daft correction forms.”

St Peter's Academy has declined to comment on the issue to Stoke-On-Trent Live.