India beat England by 16 runs in the third and final women’s ODI to sweep series 3-0 for the first time in London on Saturday.

Sent in to bat, India were all out for a paltry 169 but that proved enough in the end.

India kept losing wickets at regular intervals to be bundled out in 45.4 overs at Lord’s in veteran seamer Jhulan Goswami’s farewell game.

All-rounder Deepti Sharma top-scored for the visitors with an unbeaten 68 off 106 balls, while opener Smriti Mandhana was the second highest scorer, making exactly 50 runs in 79 deliveries.

Among England bowlers, medium pacer Kate Cross returned with excellent figures of 4/26, while there were two wickets apiece for Freya Kemp and Sophie Ecclestone.

Chasing the small target, England suffered a top-order batting collapse to be all out for 153 in 43.3 overs. Charlie Dean top-scored with 47, while captain Amy Jones contributed 28.

For India, the retiring Goswami took two wickets while Renuka Singh and Rajeshwari Gayakwad got four and two, respectively.

Earlier, the England women's team won the toss and opted to field against India in the third and final ODI at the Lord's on September 24, 2022.

The final match of the series, already claimed by the visitors, is veteran seamer Jhulan Goswami's last outing in the international arena, and India would look to make it memorable by winning it and completing a clean sweep for the first time on English soil.

Before the start of the match, Goswami said, "Thanks to BCCI and Cricket Association of Bengal, my family coaches captains, thanks for this opportunity it's a special moment. I started in 2002 against England and ending in England. Most important thing is we are 2-0 up in the series."

Recalling her terrific journey, women's cricket's highest wicket-taker further said, "Each and every moment has a lot of emotions. In 2017 WC, we came back and fought, nobody initially thought we would get into the final, the way we played that tournament was something different.

"From there women's cricket in India, slowly gradually it picked up and now we have our own path and we can motivate young girls to play sports and have a career in cricket."

In a touching gesture, India captain Harmanpreet Kaur let Jhulan Goswami call the toss in her farewell game at Lord’s.

Harmanpreet and Jhulan came for the toss together and stood alongside England captain Amy Jones.

The India skipper was also in tears during a team huddle before the game as the side bid an emotional farewell to India’s finest pacer. After the toss, Jhulan also spoke to host broadcaster Sky Sports.

Having already sealed the series, their first in England in 23 years, India would be aiming for a 3-0 series result and give a perfect send-off to Jhulan, who played international cricket for two decades. 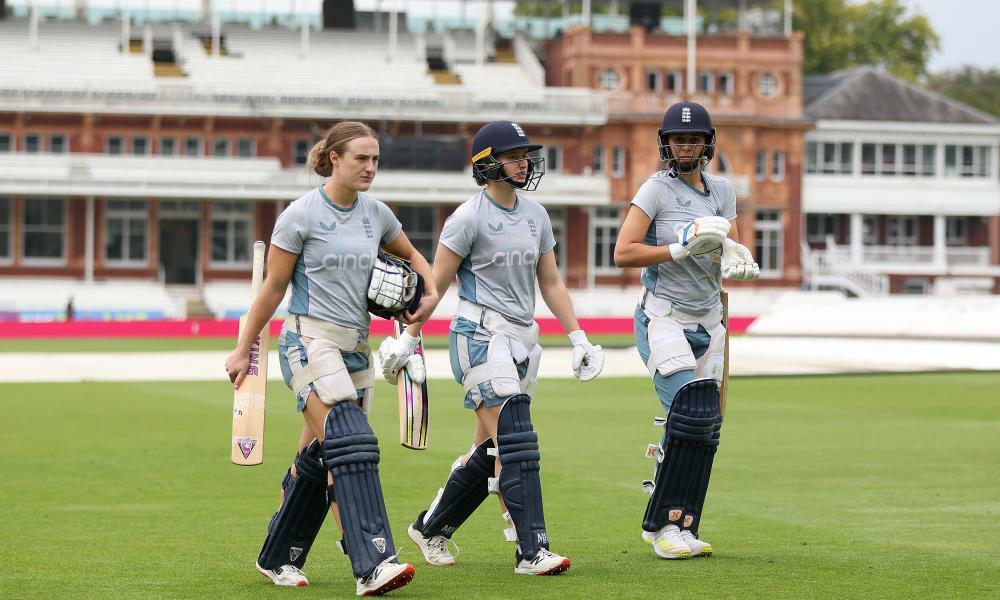 India beat England in third women’s ODI after controversial run-out— as it happened
India completed a series whitewash, and said farewell to the great Jhulan Goswami, with a 16-run victory at Lord’s

The Guardian - UK
From analysis to the latest developments in health, read the most diverse news in one place.
Farewell to cricket: Indian women gear up for memorable Lord's dance for legendary Jhulan

Harmanpreet Kaur and her team would leave no stone unturned to make it a fitting farewell for one of the 'poster girls' of Indian cricket.

LONDON: Jhulan Goswami, a name synonymous with 'fast bowling' in women's cricket, will walk into her cricketing sunset at the Lord's on Saturday and the Indian team will strive to make it a memorable swansong for her by completing a historic ODI series clean sweep on English soil, here.

CANTERBURY: Skipper Harmanpreet Kaur smashed a scintillating unbeaten ton to power India to a comprehensive 88-run win in the second ODI, that sealed country's first series win against England since 1999.

The Independent UK
One place to find news on any topic, from hundreds of sites.
England’s Dean in tears after Mankad run-out seals India’s ODI clean sweep

Fans at Lord’s booed as India’s Deepti Sharma ran out England’s Charlie Dean at the non-strikers end to seal a 16-run victory in the final ODI, with the tourists winning the series 3-0