England vs India: What we know, who wins the series and what's it got to do with the IPL? 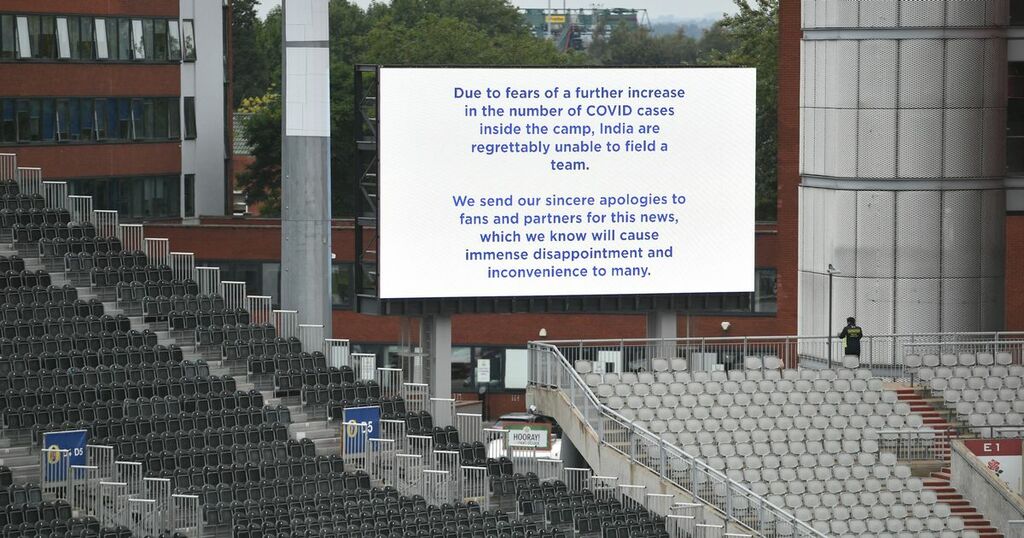 The final Test between England and India at Old Trafford has been cancelled after a coronavirus outbreak within the India camp.

The game was due to get underway today but has been called off hours before the scheduled start of play.

A statement from the ECB said: "Due to fears of a further increase in the number of COVID cases inside the camp, India are regrettably unable to field a team."

A separate statement from the BCCI said both parties "held several rounds of discussion to find a way to play the Test Match", but "the outbreak of Covid-19 in the Indian team contingent forced the decision of calling off the Old Trafford Test Match".

During the fourth Test at The Oval, India's head coach Ravi Shastri tested positive for the virus and immediately went into isolation.

Arun and Sridhar later tested positive for the virus and, along with Shastri, they remained in isolation in London while the India players travelled to Manchester for the fifth Test.

Then, on the eve of the final Test, India's assistant physiotherapist Yogesh Parmar became the fourth member of their travelling party to test positive for Covid.

As a result, India's training session was cancelled and all the players underwent a new round of Covid testing, with the entire squad returning negative tests.

However, the concerns within the Indian camp have forced the game to be cancelled, with the Daily Telegraph reporting that the India players signed a letter last night informing the BCCI that they would not play the fifth Test due to their concerns over Covid.

"We gave Indian players as many assurances as we could to comfort them," ECB chief Tom Harrison said. "Once you have the sense of concern and anxiety in the dressing room it can be very difficult to reverse that. We have been there ourselves."

Who wins the game?

In short, we don't know yet.

An earlier statement from the ECB said that India had been forced to "regrettably forfeit the match", but that line has since been removed and discussions remain ongoing.

The BCCI want to reschedule the Test match for a later date, saying: "In lieu of the strong relationship between BCCI and ECB, the BCCI has offered to ECB a rescheduling of the cancelled Test match. Both the Boards will work towards finding a window to reschedule this Test match."

Harrison has said that any rescheduled Test "would be a standalone match" and that the outcome of this game "is a decision for the ICC in the context of the World Test Championship".

The decision over whether the game was forfeited or not could reportedly have a major impact on English Cricket, with the Telegraph claiming the ECB's insurance would only cover their losses in the event of forfeiture.

Fans who had bought tickets to the Old Trafford Test will all get full refunds, with Lancashire's Chief Executive Daniel Gidney confirming: "A full refund will be issued, but we appreciate for many supporters, attending this Test match is more than just the monetary worth."

The rescheduled IPL is due to get underway in the UAE on September 19 and it emerged back in May that the BCCI had spoken to the ECB about the possibility of rearranging the fifth Test in order to accommodate the IPL.

It was claimed that the BCCI wanted the final Test to finish a week earlier in order to create a larger window for the IPL, but the ECB held firm and the series went ahead as scheduled.

Now, multiple reports have claimed that the looming IPL has played its part in the final Test getting cancelled, with it claimed that India's players were worried that a further spread of the virus could jeopardise their participation in the tournament and cost them their lucrative deals.

"The BCCI, this India team and their captain want to make their mark in Test cricket," Harrison said. "I don't think the IPL should worry people who feel there is an agenda is at place here."