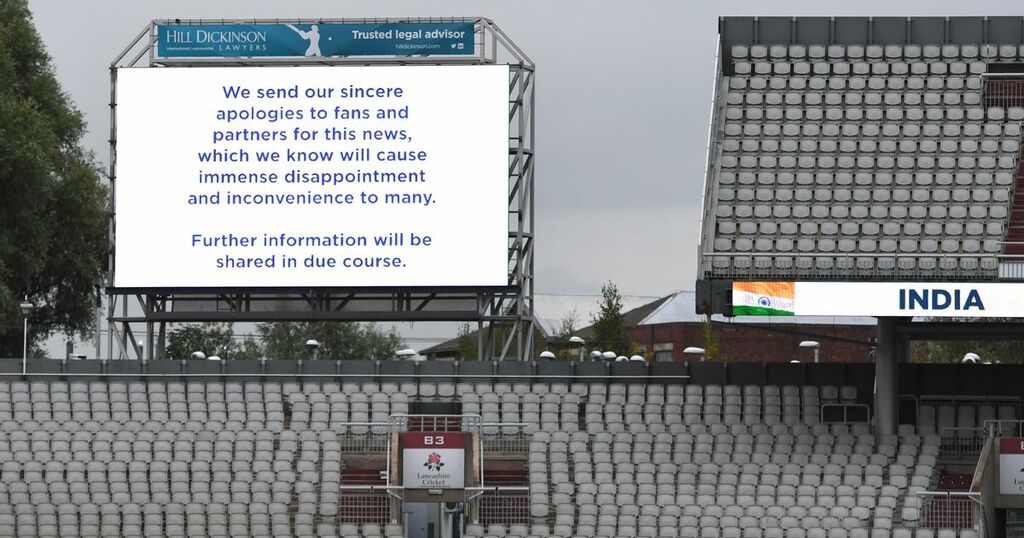 England's test series with India has come to a premature halt, with the final test at Old Trafford being cancelled on Friday.

The announcement came just hours before play was due to start, although rain may have led to a delay, and leaves thousands of cricket fans disappointed and with unanswered questions.

Many are likely to have already begun their journey to Old Trafford when the announcement was made and have been left out of pocket, with fans now awaiting news of a refund.

In terms of the test overall, there has also been confusion on the final result and whether India had forfeited the final test.

Here, we've done our best to answer the biggest questions and will update this article when more developments are known.

What is the result?

India led 2-1 in the series ahead of the final test and an initial announcement from the ECB stated the visitors had forfeited the test at Old Trafford - though this was swiftly removed to state they were 'unable to field a team'.

If India were to forfeit, the series would end in a draw, whereas no forfeit would mean the series remains 2-1 to India and England suffer a defeat.

There has been mentions of a potential rematch next year when India returns to England for the White Ball Series, so there's plenty of uncertainty as fans await more definitive news.

Thousands of fans have been left out of pocket following the cancellation of the final test match and are eagerly awaiting news regarding refunds.

Lancashire Cricket has confirmed that full refunds will be available to supporters, with chief executive Daniel Gidney saying: "We’d like to unreservedly apologise to ticket holders and all those that have or are due to travel to Emirates Old Trafford. A full refund will be issued, but we appreciate for many supporters, attending this Test match is more than just the monetary worth.

"After the last 18 months we’ve all experienced through the pandemic, it’s a fixture cricket fans in the North West have looked forward to for the best part of 18 months."

India are due to return to England next year for the White Ball Series and there has been suggestions on social media that a final test could be rescheduled for around then.

The BCCI have confirmed that they have offered the ECB the option of reschedule, with their statement saying: "In lieu of the strong relationship between BCCI and ECB, the BCCI has offered to ECB a rescheduling of the cancelled Test match.

"Both the Boards will work towards finding a window to reschedule this Test match."