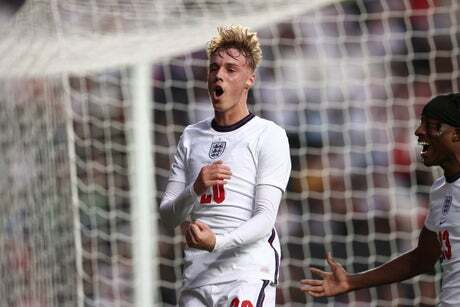 England Under-21s got the Lee Carsley era off to a winning start with a comfortable victory over Kosovo in Milton Keynes.

Rhian Brewster and Cole Palmer struck with first half goals to being the qualifying campaign for Euro 2023 with a win.

Carsley's first game since being appointed as Aidy Boothroyd's successor was delayed after last week's friendly in Romania was cancelled following positive coronavirus cases in the Young Lions camp.

Thankfully the outbreak spread no further and the former Everton midfielder was able to take charge for the first time on Tuesday night, overseeing an encouraging start to his tenure.

There was not a long wait for the first goal under new management. Brewster struggled at Sheffield United after his move from Liverpool last season but struck a cool penalty to score his first goal at this level of international football having been brought down in the box.

Palmer, the Manchester City youngster, capped his debut with a stunning goal as he finished from a tight angle after turning his man in the area.

England could not add to their tally in the second half but remained in complete control.