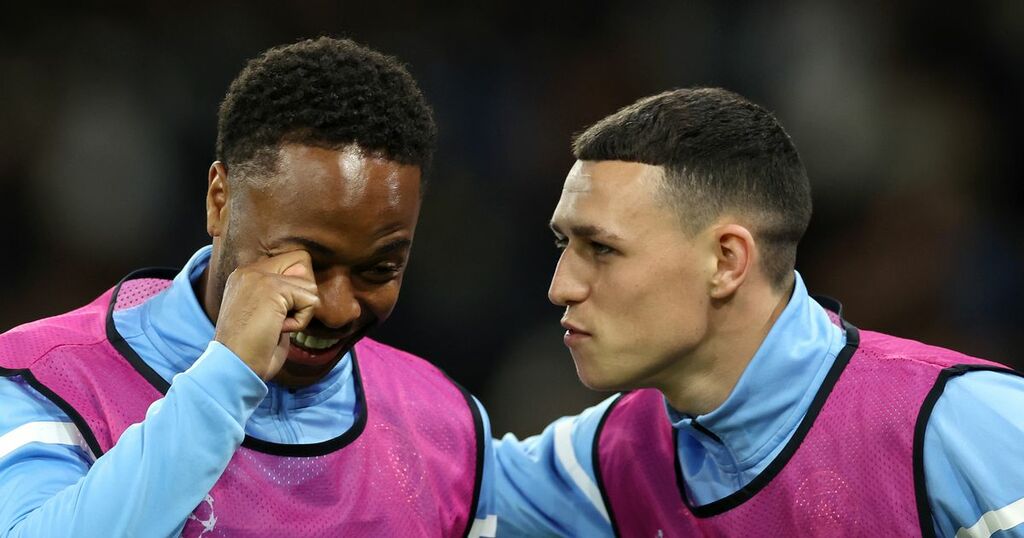 It was a night that started with an unfathomable blend of pride and trepidation for Manchester City supporters.

Ninety minutes later beneath the famous Wembley arch, though, Pep Guardiola had been provided with a telling answer to one of his many selection dilemmas.

For the first time in history, FIVE players from the Etihad Stadium were included in the same England line-up.

John Stones and City starlet Phil Foden were retained from the Andorra demolition, while Kyle Walker, Raheem Sterling and Jack Grealish were recalled - although the £100million man did mark his Vella cameo with a first ever goal for the Three Lions.

Pride at the achievement, but Guardiola must have been watching the 'action' unfold through his fingers.

Manchester United have already suffered a double injury blow either side of this international break - losing Harry Maguire and Raphael Varane. City hoped and prayed they wouldn't suffer the same fate.

As it transpired, the underwhelming draw actually proved worthwhile for Guardiola.

Never one to shirk away from extra homework, the Spaniard will have taken care and attention to observe how Foden, Sterling and Grealish worked together in what was an attacking team chosen by England manager Gareth Southgate. In a nutshell, that 'experiment' didn't quite work.

City broke the nine-figure barrier to lure Grealish in from his beloved Aston Villa.

Although he has been hampered by early-season injuries of his own - namely to Foden and Kevin de Bruyne - the regard in which Guardiola holds his swashbuckling, floppy-haired playmaker is plain for all to see.

If there can be such a thing in this star-studded group, he is a certain starter.

Foden continues to underline his generational talent for club and country, too, although Sterling faces some key question marks over his future - at the Etihad Stadium at least.

What is Guardiola's best City line-up? Have your say in the comments section below.

Perhaps that is something to address further down the line?

In the short-term, at least, Guardiola has a resounding answer; he can only choose two out of those three.

That will be no such issue given that City also have Riyad Mahrez, Bernardo Silva, Gabriel Jesus and others to call upon, but there would have been a part of the former Barcelona and Bayern Munich coach that would have been urging Foden, Sterling and Grealish to tear the Hungarians apart.

They didn't and Grealish paid the price for that, despite sparking up the England fight.

Of course, that might be owing to differences in tactical approach from Guardiola and Southgate - or even that visitors Hungary played out of their skin to keep the Three Lions at bay.

Ultimately, though, the trio haven't started together for City this season and it's difficult to see that changing any time soon with all that other talent which continues to light up the Etihad Stadium and those other stages across the Premier League scene.