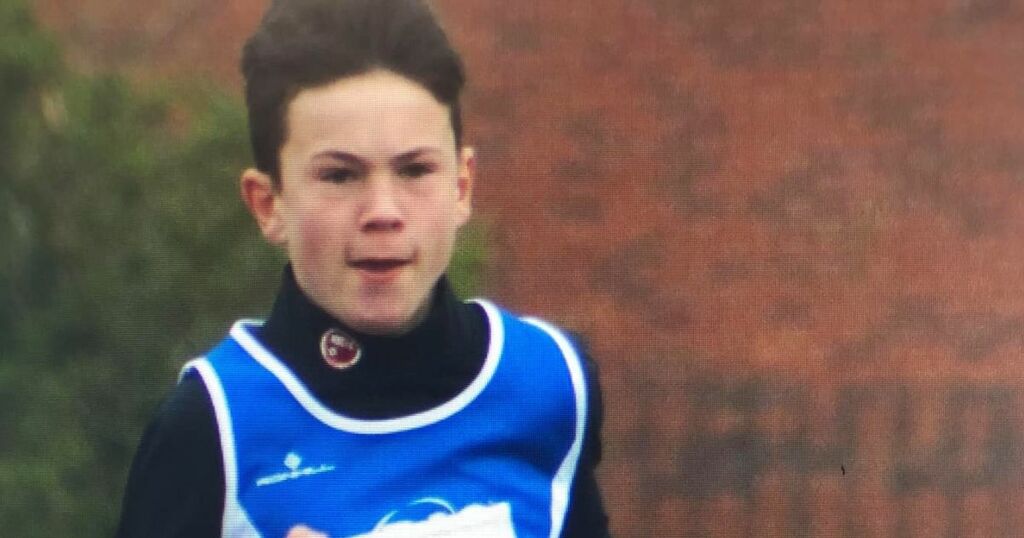 England's starting XI paid tribute to a teenage footballer who died last week with a moving gesture ahead of the World Cup qualifier in Poland on Wednesday night.

Dylan Rich tragically passed away aged 17 after he was believed to have suffered a cardiac arrest in West Bridgford Colts' FA Youth Cup fixture against Boston United last Tuesday.

The match was abandoned as medical staff, two ambulances and a third emergency response vehicle attended the scene, but paramedics were unable to save Rich's life.

And the Three Lions remembered the youngster with a touching act before kick-off at Warsaw's National Stadium.

As they lined up for the formal pre-match picture, captain Harry Kane handed the ceremonial pendant to Harry Maguire so he could hold up an England shirt bearing the words "For Dylan".

West Bridgford led the tributes to Rich earlier this week in a statement which reads: "This news has left everyone involved with our club devastated and heartbroken.

"Our thoughts and prayers go out to his parents Mike and Anna, his sister Lucy and Dylan’s family, friends and teammates.

"The club would like to thank everyone within the Colts and wider football community for the hundreds of heartfelt messages and thoughts that we have received over the past few days."

Rich's headmaster at The West Bridgford School, Tim Peacock, added: "We are a school in mourning.

"We have lost a wonderful, much-loved, talented member of our community. This loss will be felt deeply by many people.

"At the moment our focus is on supporting his family, friends, classmates and teachers through this difficult time."

East Midlands Ambulance Service told Mirror Football on Tuesday: "We received a call at 19.50 hours today to a medical emergency in West Bridgford, Nottinghamshire. We sent two ambulances and a fast response car, and the air ambulance were in attendance.

"We transported one patient to the Queen’s Medical Centre, Nottingham, by land ambulance."

It was reported paramedics used a defibrillator to try and save Rich's life, but he remained unresponsive after multiple shocks.

West Bridgford first announced the FA Youth Cup fixture was called off due to a player falling "seriously unwell" before they later confirmed the heartbreaking news of Rich's death.

Presenter of the non-league football show, Ollie Bayliss, tweeted: "Devastating news that the player who was taken ill during an FA Youth Cup game on Thursday has died.

"My thoughts with his family, friends and all those at West Bridgford Colts."