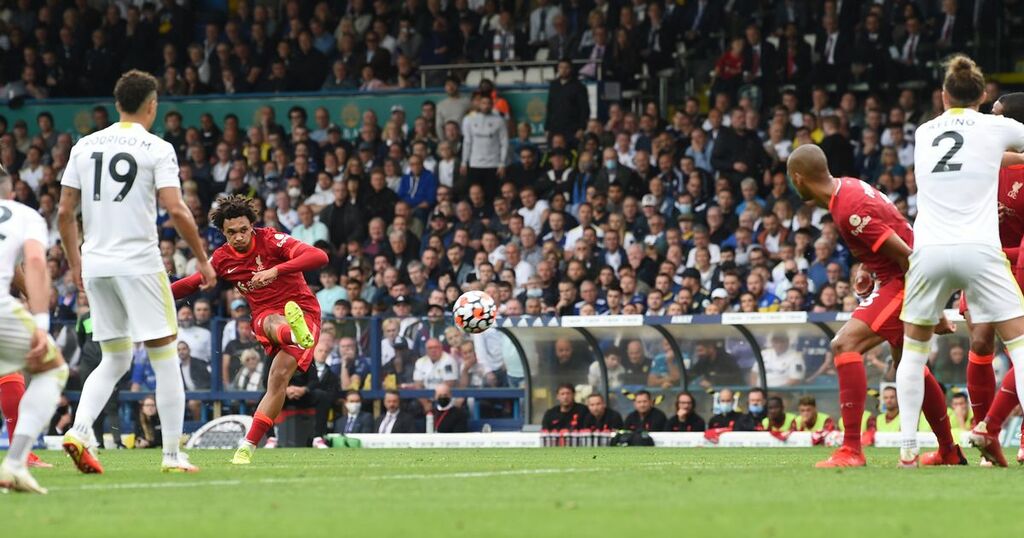 Liverpool defender Trent Alexander-Arnold says he and his team-mates were relieved to leave Elland Road with all three points this weekend as he discussed Leeds United's 'unorthodox' approach.

Speaking about Marcelo Bielsa 's side and their philosophy on how to play football, Alexander-Arnold said: “They are unorthodox and they stick to what they know.

"Even when they’re down to 10 men, they’re still playing the same way that they have. It’s not sitting behind the ball and defending, it’s front-footed, chasing around the pitch and wanting to be aggressive.”

With that in mind, he shared how Liverpool felt to have picked up a convincing win.

“We could have been a lot more clinical, put the game to bed earlier and really probably scored a lot more goals.

“But you never turn your nose up at a 3-0 win at Elland Road – a clean sheet, three goals and three points."

Leeds had started the game strongly, as tends to be their way. Arguably their best chance of the whole game came in the first five minutes and in fact was the first shot of the whole match.

Kalvin Phillips chased Mo Salah back to the edge of the Leeds box, winning the ball from the Egyptian. After striding forwards with the ball, he glanced to the right-wing and released Raphinha, who took the ball in his stride and raced into the box before picking out Rodrigo for an uncontested strike on the edge of the box.

However, with time and space ahead of him, the Spaniard blasted the ball straight at Alisson in the Liverpool goal, rather than picking his spot.

Liverpool thus came out of the early exchanges without taking any damage and managed to take the lead midway through the half, with Leeds on the ropes for much of the game afterwards.

Leeds lost Pascal Struijk to a red card in the second half in the incident which saw Harvey Elliott dislocate his ankle, however the Reds were firmly in control before that point and come out 3-0 victors as Salah, Fabinho and Sadio Mane scored for the away side.