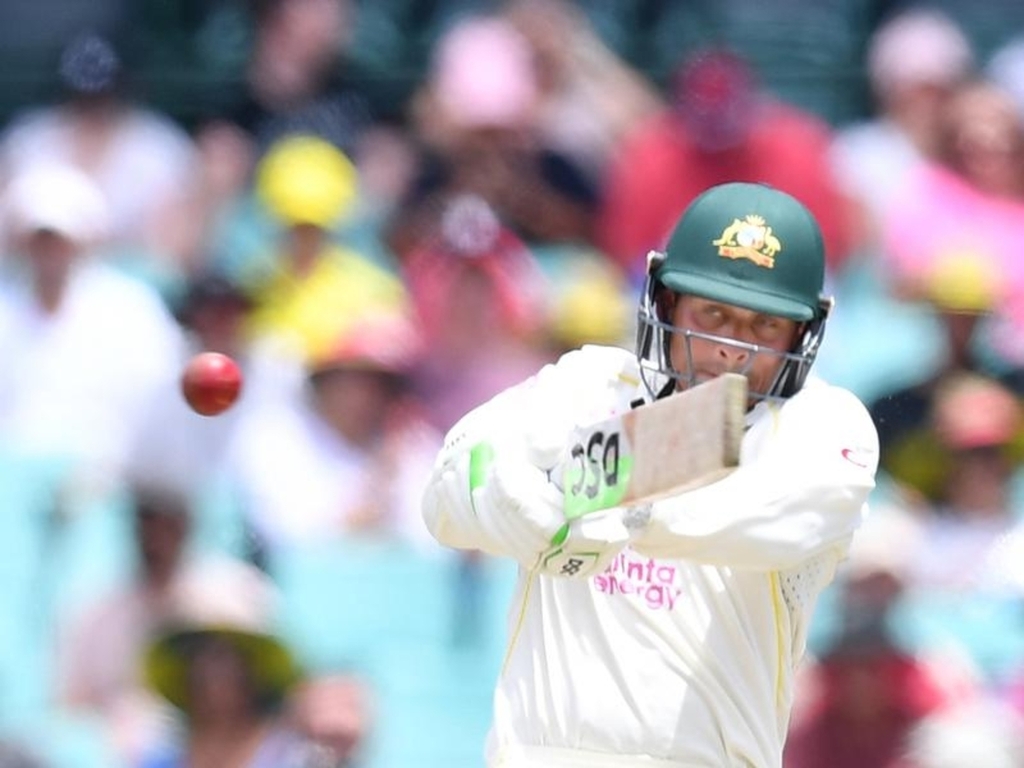 Pat Cummins has given every indication he believes Usman Khawaja should play in Hobart, backing the in-form batsman to remain in Australia's best team.

Khawaja has remained adamant he expects to be left out of the Ashes series finale, despite becoming just the 17th Australian to hit twin tons in the same Test.

After coming in for the COVID-19 infected Travis Head, Khawaja had the best Test of his career with scores of 137 and 101no in the SCG draw against England.

Head is expected to return after also impressing with 248 runs at 62 this summer, making the No.5 spot his own before coming down with the virus.

It leaves Marcus Harris as the man under the most pressure, still yet to hit a Test century after 14 matches and averaging 25.29.

When asked whether he believed it realistic that Khawaja could be left out after his man-of-the-match performance, Cummins was clear he believed the left-hander should stay.

"I'll preface it by saying I'm not a selector, but when someone comes out and hits twin hundreds, it's pretty hard to go past them for the week after," Cummins said.

"But when someone's running hot, has got a heap of experience like Uzzy, the way he plays is fantastic."

In a further threat to Harris, Khawaja also has experience opening in both Test and first-class cricket, having done so for Australia as recently as 2019.

Questioned on whether he believed Khawaja had the flexibility to slot straight into that role if selectors asked him to, Cummins was confident he would.

"I guess that's why he was the spare batter and picked in the squad originally," Cummins said.

"It felt like he could replace any batter from No.1 to No.6 really well. He's hugely versatile.

"I know there's been question marks historically on him playing over in Asia, but you see how well he's played spin recently.

"Reverse sweeping, sweeping. He's just someone who is in total command of his game and that's why you love experience."

Australia have a tour of Khawaja's birthplace in Pakistan ahead in March, as well as trips to Sri Lanka and India in the next 15 months.

Cummins' comments come after stand-in England coach Graham Thorpe also admitted over the weekend he would be "very surprised" if Khawaja was overlooked for Hobart.

Meanwhile, Cummins suggested the fit-again Jhye Richardson or Michael Neser could still have a role to play with the pink ball in Hobart.

Richardson took a five-wicket haul in Adelaide to win Australia that day-night Test, but after having leg soreness Scott Boland has taken 14 wickets at 8.64 in his place.

"We'll see how all the bowlers pull up," Cummins said.

"Scotty was a little bit sore. Too early to probably talk about all those kinds of things until we get down there and have a look at the wicket."