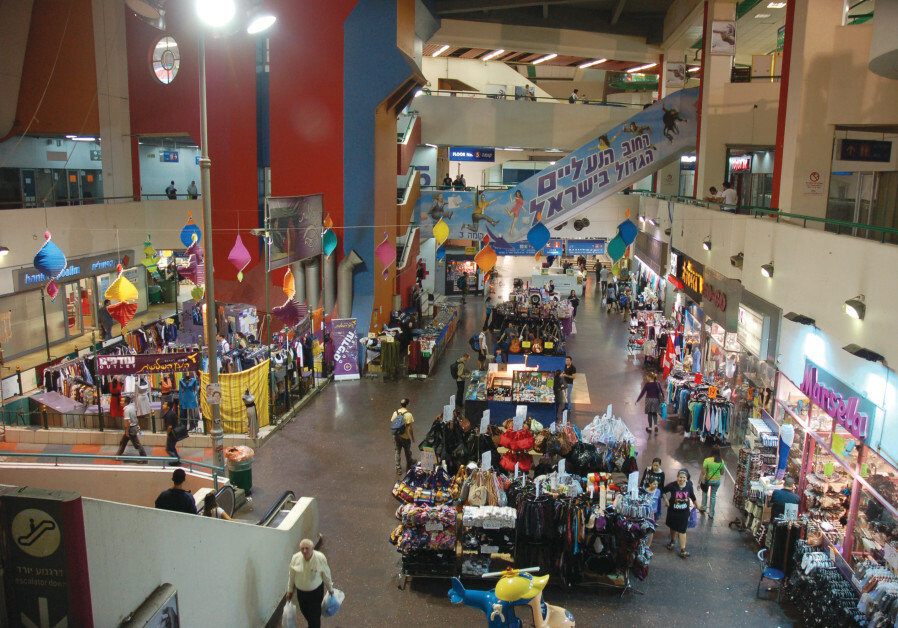 The decision was made last month to close the long-maligned Tel Aviv Central Bus Station on December 5. Comprising eight floors, 29 escalators and 13 elevators, the station opened in 1993, almost 30 years after planning began, and has since fallen into a state of disrepair and neglect that has now made it a safety and environmental hazard.

The station was built in southern Tel Aviv in the Neveh Sha’anan neighborhood, which is mostly home to immigrants and people of a lower socioeconomic background. The area has had problems of crime, prostitution, drug use and homelessness. These problems only worsened after the central bus station opened.

The station was originally supposed to have only one floor, but as time and planning progressed, more floors and more space were added, so that the result was six floors of labyrinthine planning. All the floors were intended to be used for buses, but bus activity on the first and second floor was stopped in 1998 due to pollution problems, and moved to the new seventh floor that was built for them. The two first floors were closed off, becoming a home to a colony of bats as well as drug users and the homeless.

These days, only the sixth floor is used for buses. The rest of the still-open floors are used for the shopping center they were intended to be, and the shops are now in danger of being shut down for good together with the station itself.

The central parts of the bottom floors are active areas of thriving businesses, with the various salespeople calling out to each other and announcing prices to their potential customers, giving off a sense of walking through a market. Stepping into the periphery of the floors, however, is a polar change in the atmosphere. Mostly abandoned, the shuttered shops, piles of trash and silence create a sense of eeriness that does not match the more populated areas.

“There are more than 1,500 families here,” said Yossi, who has managed multiple shops in the station for 11 years. “The courts just pressed the button one day and decided that on December 5, we go home.”

But it’s not just shops that will be closed down: the station also contains a cinema, which is now abandoned and shut, a theater, artists, a Yiddish museum, a church, and a free clinic. All of these will have to go too.

The Karov Theater, started by Nikko Nitai 20 years ago, still puts on four or five plays a week in the station. For them, leaving will be difficult both practically and emotionally, according to the theater’s art director and Nikko’s daughter, Dorit Nitai.

“It’s complicated to pack up a theater and move,” she said. “We built a home here. You cannot just pack it in a suitcase. But the real difficulty here is to say goodbye. We really love the place. We came to bring culture to a place where that doesn’t really exist.”

The theater does not only cater to those who can afford tickets. The theater is situated in a place where the residents cannot always afford to see a play whenever they want.

“My father had a clear vision of social change,” said Nitai. He believed in a ticket for everybody, and that the need for theater and culture is akin to the need for bread. We give tickets to the whole neighborhood, and they are very subsidized. We also managed to raise donations for them, so it’s a wonderful feeling.”

But the theater is not only their creative headquarters. It has also been where they have done important work for another type of vulnerable community.

“One of the projects I’m most proud of is Close to the Heart, which is a project for youth at risk through theaters,” Nitai said. “They used to come to the theater and learn acting, and the ensemble and I would work with them. When you stand on a stage, it means you’re present and seen, and that’s the first stage of confidence. They would also watch our plays and learn about lighting, directing, marketing a play and how to organize everything. There’s a lot of room in this for discourse about us all being different.”

She said that the project worked with teenagers age 14 to 18.

“They would move on and then come back and knock on the door as adults,” Nitai said. “It gave them a chance to dream.”

When the station closes down, the theater will have to leave too. In order to continue with the work they do, they will need to find a new place that is suitable.

Another gem hidden in another corner of the station is Mendy Cahan’s YUNG YiDiSH museum. Since 2006, Cahan has made it his life’s work to collect and save as much Yiddish culture as possible, and his library consists of more than 80,000 books as well as an archive of newspapers and music. But besides being home to an extensive Yiddish literature collection, Cahan opened the place as a free community center to circus troupes, dance groups and others.

“I put my life into this museum,” said Cahan. “It opened the Yiddish world to so many. Immigrants, social justice groups, youth and creative groups come here. It gives them a connection to the Yiddish culture that was almost destroyed in the Holocaust. The importance of this is for the public. The lively part of the Yiddish world doesn’t find expression in the public world.”

In order for Cahan’s museum to keep providing the same benefit to the public, he will have to find a new place like everyone else in the station.

The reason given for closing the station is that fire safety is not at the level it needs to be, and the Nitsba group that owns the building has not put in the work and money required to remedy this. There are over 600 shops in the station that are a fire hazard because they hold many flammable objects, but the shops have not been fireproofed.

Besides being told why the station is shutting down, the business owners have not heard anything else from the municipality or the Nitsba group.

“One day they just sent us a contract telling us that we’ve finished our work here,” said Yossi. “The people here don’t know anything more. They are all frustrated and bitter.”

“No one is speaking about [the closing],” said Cahan. “We haven’t heard of any interest in helping us find a new place.”

Cahan added that after seeing a piece on the news about the closing of the station, the Yehud municipality reached out to him and offered temporary help, but nothing permanent, and he has no plan B.

“We are looking for a new place, a new home,” said Nitai. “We are turning to anyone who has the ability to help us or has an idea, as well as the municipality and the Culture Ministry – anyone to contact.”

ALL THINGS considered, is the closing of the station a good thing?

“The station is very weird,” said Cahan. “The planning was weird, and it was too quick. The public says it’s dirty, but it’s not right to just destroy it and build something new. So many good things can be done with the place. It could become a hospital or an ecological park or something like that.”

The Tel Aviv municipality and Nitsba did not respond to a request for comment.

There is no doubt that with the closing of the Tel Aviv Central Bus Station, a large number of businesses will be harmed together with projects that benefit some of the more vulnerable communities of Tel Aviv. But if handled correctly, the closing of the station can be the beginning of a new and better project that can help, rather than hinder, the neighborhood in which it is located and the people who live there.