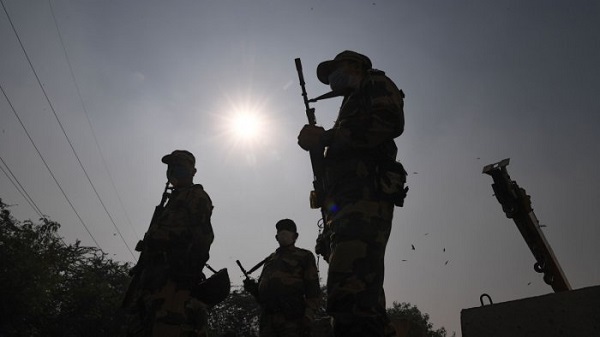 Rajouri: "Based on specific inputs, a cordon was laid and search operation was carried out this morning by the joint teams of Army, Police and Special Operation Group in Dori Maal and Upper Barote villages" Army sources said.

They said that the security forces fired a few rounds at the suspected terrorists, which was retaliated and the gun fight started. "No fresh contact was established thereafter but the operation is on," they said. Earlier in August 19, Security Forces had neutralised one terrorist while a soldier attained martyrdom in a day long fierce gun battle in Thannamandi area of Rajouri district in Jammu and Kashmir.

However, arms and ammunition were recovered from the encounter site.(UNI)