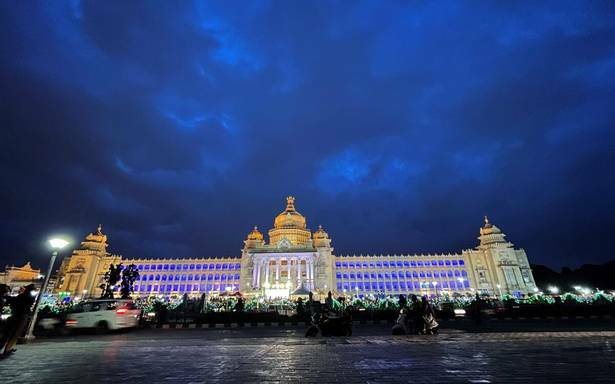 Two empty beer bottles were found in the Vidhana Soudha on Monday, much to the embarrassment of security personnel deputed on duty.

This, despite the fact that security was stepped up ahead of the Legislative Assembly session, which began on Monday.

The bottles were found at the water dispenser counter close to room number 208.

“A detailed probe has been ordered,” said a police officer.

Police suspect some people might have partied in the night and forgot to clear the bottles. “We are questioning the staff and also the security personnel deployed on night patrol duty,” the police officer added.