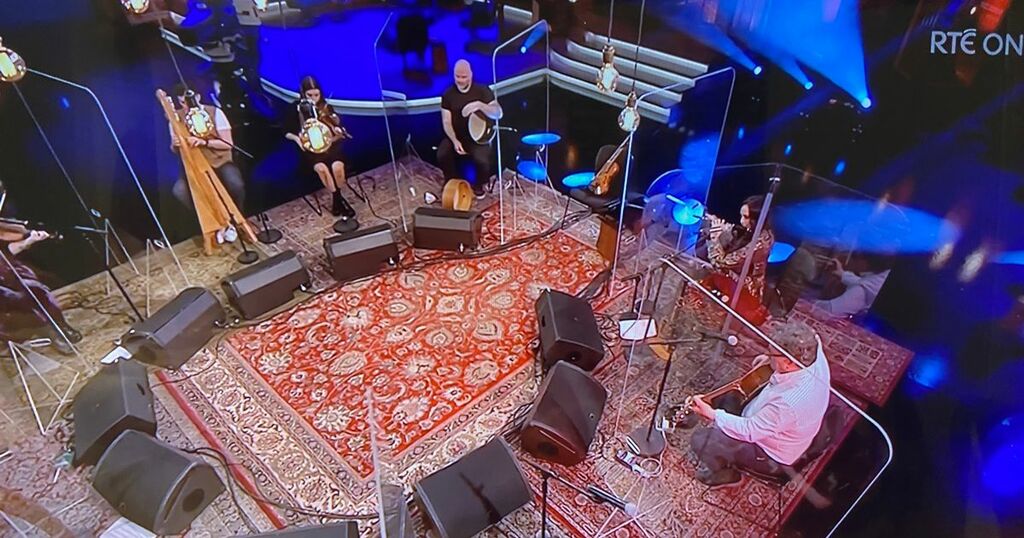 Friday night's Late Late Show tribute to Ashling Murphy has been lauded as "powerful" and presented in the "perfect tone".

The show began with a traditional Irish music session but in the circle of musicians there was an empty chair with a fiddle resting on it in honour of Ashling, who was a talented fiddle player.

The “poignant” gesture had people in tears as the nation collectively grieved the loss of a young life following her horrific murder this week.

Ashling, 23, was violently killed as she went for a run at the Grand Canal at Cappincur in Tullamore, Co Offaly, on Wednesday.

People watching the Late Late Show took to social media to express how “heartbreaking” it was to see the empty chair with the fiddle on it.

And while many often slam the RTE flagship program, it was all praise for the performances on Friday night.

One viewer tweeted: "The #LateLate can be twee and unimpressive compared to likes of Graham Norton’s star power filled parties, but on nights like this I’ll find myself watching because sometimes when Ireland thrives as a village, it allows us to sit and talk to each other in a way no other show can."

Another impressed viewer said: "We can all bash the #latelate and a lot of the time it’s deserved. But when it gets it right, like it is now, it is still one of the most powerful programs on tv. It’s the perfect tone of respect and melancholy and a celebration of life."