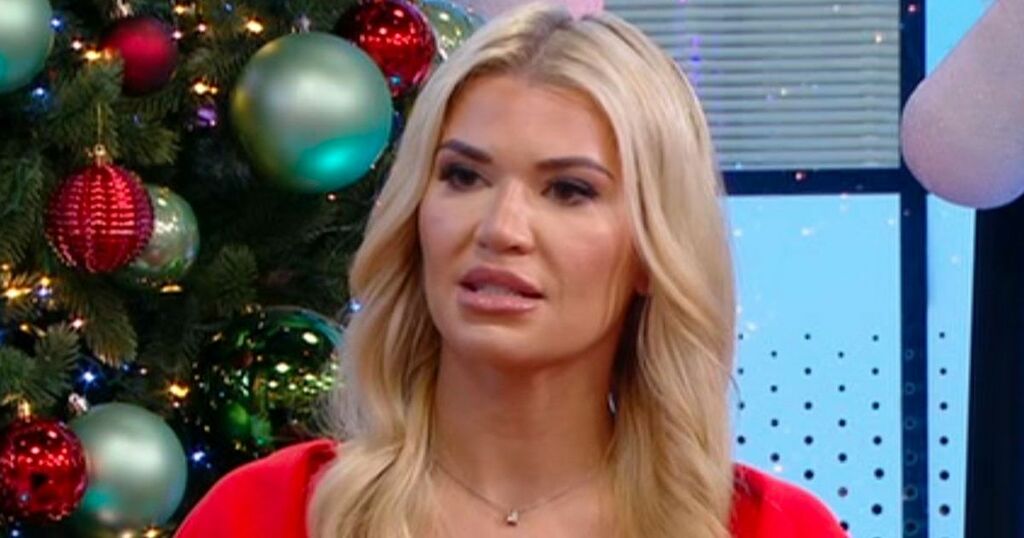 Christine McGuinness has thanked her children for unknowingly changing the world as they are helping break down barriers around discussion about autism without even realising.

The 33-year-old model and campaigner shares three children with her 48-year-old husband, Paddy McGuinness – with all three of the kids being diagnosed with the behavioural disorder.

In August this year, Christine herself discovered she has autism after she and Paddy underwent testing to see if they had the disorder too.

Christine has opened up about her condition in her new autobiography, titled A Beautiful Nightmare, and appeared on Channel 4 ’s Steph’s Packed Lunch on Tuesday to discuss her experiences.

During an emotional chat with show host Steph McGovern, 39, Christine said she is proud of her three children; eight-year-old twins Penelope and Leo and five-year-old daughter Felicity.

During her interview, footage was played of Christine, Paddy and their kids from an upcoming BBC documentary about their experiences with autism.

Christine gushed after the VT played: “I am so, so proud of us all as a family. It’s just incredible.”

Steph then noted: “I can see you getting a bit emotional as well?”

As a wave of emotion washed over her, Christine continued: “It’s the video of the children! I just, honestly, they’ve been an absolute blessing. Theres been so many times where people have said to me ‘I bet you wish you didn’t have children’, or ‘That autism, it must be awful?’ It really isn’t. It’s quite magical.”

Giving insight to their family life, she went on: “Our home is surprisingly quite calm. It’s not chaotic. Our children just amaze me.”

Turning her attention to Penelope, Leo and Felicity, Christine went on to explain how her kids had changed her outlook on life – and are helping other parents in the world take note of autism.

She proudly added: “These three little children are changing the world and they don’t even know it.”

Earlier this month, Christine opened up about the need to better understand autism.

"I keep thinking about how I can explain this to people, and the only similarity I can come up with is I feel like a swan on the outside, with this quite calm exterior, but their feet are always flapping under the water, which is kind of how I feel on the inside."

"I feel shaky and jittery an awful lot, especially when I’m going out to busy places," she continued, "It’s important those with milder autism don’t just get left to it, because they appear fine – on the inside they could be really struggling."