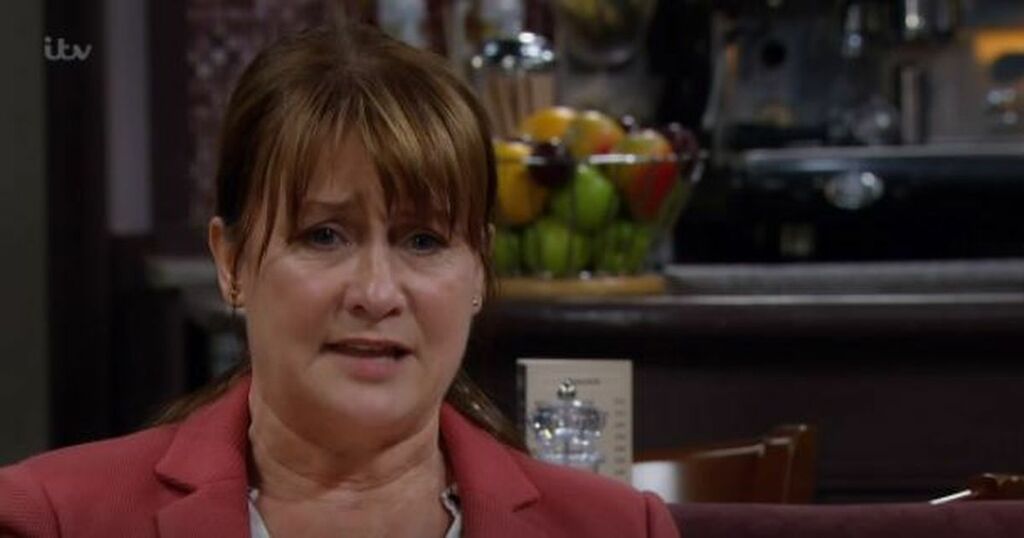 Emmerdale fans have pointed out an error as Wendy confessed her criminal past during tonight's episode.

Characters in the long-running soap are still reeling from the dramatic events of last week when David Metcalfe was shot during a gun siege.

The Matthew Wolfenden played character was shot by Wendy's abusive ex Russ as he took a bullet for Victoria in dramatic scenes that aired last week.

As he is recovering during tonight's episode, Wendy Posner confessed her criminal past to Bob Hope as she blames herself for what has happened to David.

Russ revealed last week that Wendy was not actually a qualified nurse - and Wendy handed in her resignation to Liam out of fear she will be exposed.

She explained the full extent of her history to Bob in tonight's episode as she forged a new identity to become a nurse after she spent time in jail following a drug dealing charge.

But Emmerdale fans took to Twitter to point out how she would never have been able to become a nurse without the proper documents.

One user said: "How did nobody ever check all these years that she was actually a nurse."

A third commented: "Wouldn’t a qualified nurse be registered, and official records be checked by a new employer? Surely it’s not as simple as changing your surname."

A fourth said: "How did Wendy get round to being a nurse then?? . She's got a criminal record and isn't qualified. If the police know she'd be struck off."