Emmerdale under fire as David's 'miracle' criticised by fans 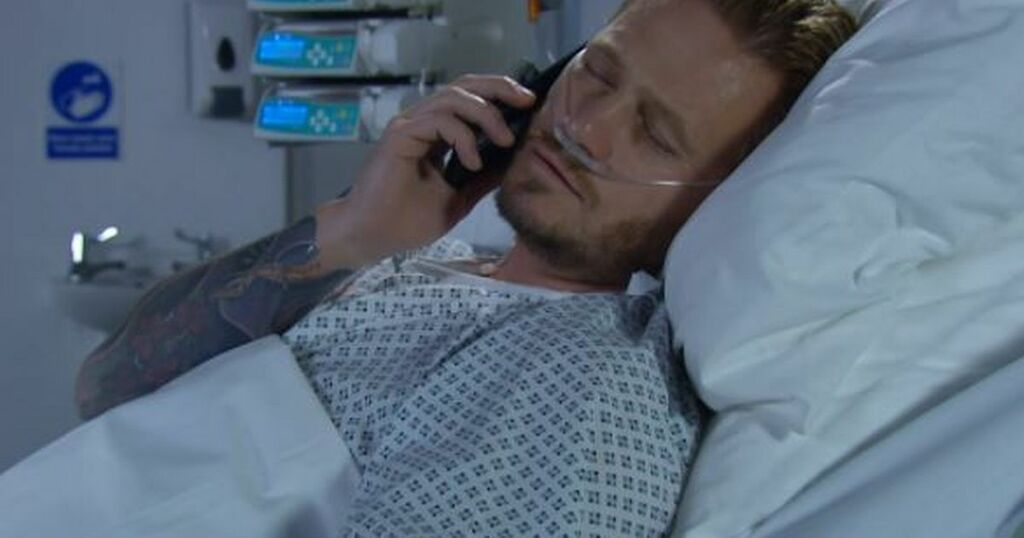 Emmerdale was under fire from fans tonight who criticised David Metcalfe's speedy recovery.

The Matthew Wolfenden character was shot during a dramatic gun siege in an episode of the long-running soap last week.

David took a bullet for Victoria Sugden after the abusive Russ confronted his ex-wife Wendy Posner.

David and Victoria have currently been in a blossoming romance despite the shop owner being in a relationship with the villainous Meena Jutla.

Victoria confessed she loved David tonight but she was devastated when David said the two should just remain as friends.

The character played by Isabel Hodgins had spent the whole episode debating whether she should open up to David - as Tuesday's edition of the soap started with Victoria talking to Diane Sugden about his condition.

However, viewers were distracted during this scene when Victoria revealed David was expected to be released from hospital tomorrow.

David only awoke in yesterday's episode and fans of the show took to Twitter to point out how unrealistic the 'miracle' recovery was.

@Matt528chap commented: "I see the quick medical recovery in soapland has struck again with David being let out!"

@teenamassam posted: "David out of hospital tomorrow after being shot, blimey such a quick recovery…"

@RyanGTweetsTV: "David's been in hospital for barely a week and he's coming out of hospital already after being shot. That doesn't sound right"

@runninoncaffine: "David is well already after what happened seriously?"