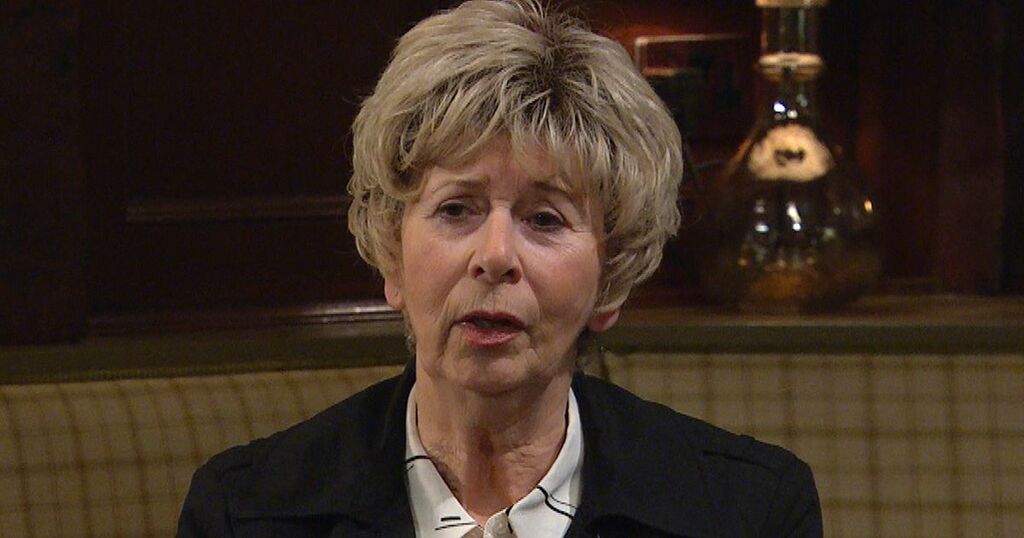 Emmerdale viewers already know that they are about to lose at least one character in a terrifying series of events for the special stunt week.

But just a week prior to this, they could be waving goodbye to two other long-term characters on the ITV soap.

A spoiler clip for episodes to air this coming week show two residents considering leaving the village for good in secret after a discovery.

In the spoiler preview, Diane Sugden confirms her hopes of moving to Portugal, and taking pregnant granddaughter Gabby Thomas with her.

Gabby is concerned when the baby's grandmother Kim Tate keeps pressuring her to write a will, in case anything happens to her.

She wants Gabby to state in the will that should she not be around Kim would get full custody of the child.

Diane will be worried about what Kim is up to, and even asks Gabby if Kim is planning on killing her to get her hands on her baby.

In the new clip, Diane begs Gabby to reconsider moving away with her to get away from the village and the Tates.

Gabby isn't so sure, so Diane tries her best to convince her it is better than staying around, unsure what Kim is going to do next.

As the pregnant teen admits she "wouldn't put anything past" villain Kim, Diane says: "All the more reason for us to run away to Portugal."

She adds to a surprised Gabby: "You need to get away from this place. Bring up your child in peace.

"I know it's a leap of faith, but embrace it. You can't stay here, this is about you and your baby. You need to take control."

Gabby hints she is up for a new life away from the village, telling her gran: "Then what other choice have I got? Of course I'm coming with you."

Diane then reveals her plan to fly over first to find somewhere for them, so that Gabby can give birth to her baby in England and then join her later.

She asks Gabby not to tell her mother too soon, in case she lets slip about the plan to Kim.

Diane is leaving soon, the soap recently confirmed, with actress Elizabeth Estensen retiring from the role after 22 years.

But will Gabby really leave to be with her, taking her baby too, or will Kim get in the way of her plans?

After all, Jamie Tate who is the baby's father is still presumed dead after a recent car accident - so Kim won't want to lose anyone else.

Meanwhile, fans did fear Diane's exit news would tie in with Meena Jutla's killer storyline - with some wondering if Diane might be Meena's next victim.

With a series of stunts on the way, and Meena up to no good, it could really be anyone at this point who falls victim to upcoming events.