Emmerdale spoilers: Gabby plans to flee the Dales in wedding to Jamie 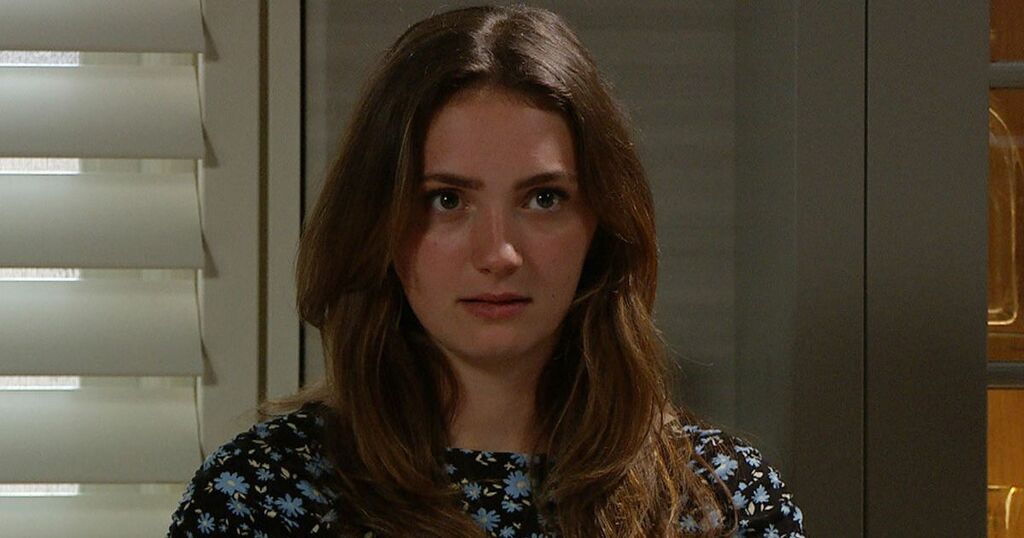 Gabby Thomas plans to flee the village and marry Jamie Tate on Emmerdale next week.

The Tate heir has long kept Gabby at arm’s length since she became pregnant after a one-night stands.

However, she has become his only ally after it was revealed he had been poisoning his mother Kim Tate.

Next week, Gabby confronts Jamie with a huge ultimatum and forces him into deciding whether to marry her or not, suggesting that they elope together.

However, Gabby gets a shock when Jamie does not make clear his decision and instead departs abruptly.

Heading to old flame Dawn Taylor, he makes one last effort in order to have a reconciliation with her.

Despite her misgivings, Dawn soon become to soften towards Jamie as he tells her to follow her heart, leaving her conflicted over what to do next.

Elsewhere, Gabby plans for her elopement with Jamie but is caught out by grandmother Diane Sugden.

While Diane tries to persuade Gabby to abandon her marriage plans to selfish Jamie, Gabby remains shaken but ultimately focused on her goal of becoming Mrs Tate.

Gabby keeps trying to get in contact with Jamie on his phone but soon heads out of Home Farm to find the father of her unborn baby.

She ultimately leaves Jamie a message telling him to meet her outside the village on a lane before they depart the Dales and marry.

Left waiting on the country road, Gabby calls Jamie and get and this time gets through, with Jamie assuring her that he is on his way to her.

As Gabby waits she is soon confronted by Diane and Jamie’s mother Kim Tate who arrive next to Gabby’s parked car and try to make her see sense and not marry Jamie - who very clearly does not love her at all.

Is Jamie really on his way? And will Gabby decide to keep pursuing Jamie?

It appears she makes a major decision as she makes one more phone call - but who to?

What do you think will happen next at Home Farm? Let us know in the comments below.